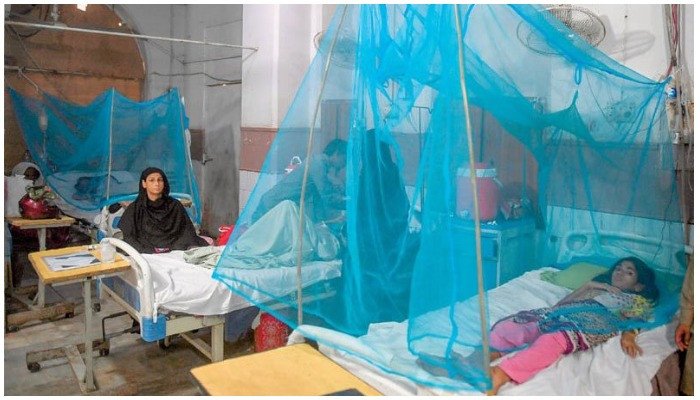 ISLAMABAD: Islamabad continues to report a hike in dengue fever cases. 92 more people tested positive for the mosquito-borne disease in the capital during the past 24 hours.

Of the new cases, rural areas reported 38 while urban areas reported 54 cases, sources said. A total of 2,429 people have got infected with the disease in Islamabad this year.

Rural areas have seen 1,479 cases while urban areas have 950 cases, the sources said. The number of people dying due to dengue fever this season stands at nine.

Earlier today, a man died of dengue hemorrhagic fever at a private hospital in Karachi.

Nadeem, a resident of Hyderabad’s Dadan Shah Colony, was hospitalised after being diagnosed with the disease. 13 more people were diagnosed with dengue fever in Sindh’s second largest city during the past 24 hours.

An alarming rise in dengue fever cases has set alarm bells ringing in Punjab, Khyber Pakhtunkhwa (KP), Sindh and Islamabad. Health experts have warned that the number of cases and critical patients will also increase in the days to come.