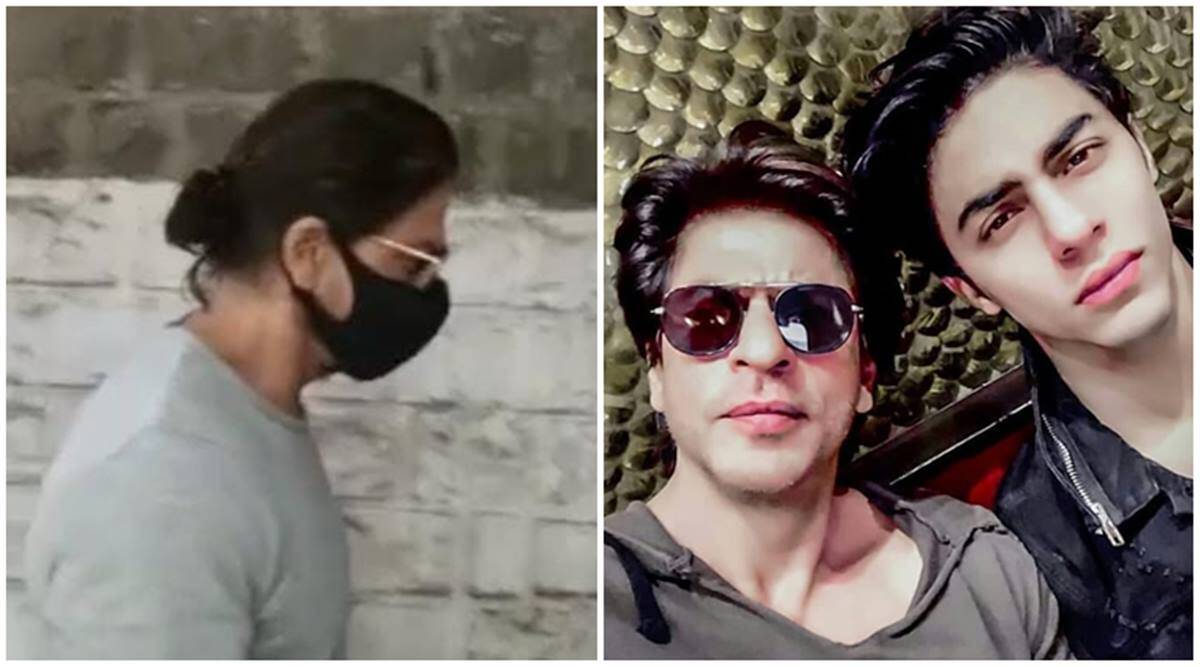 On Thursday morning, Shah Rukh Khan has visited the jail at Mumbai’s Arthur Road to meet with his elder son Aryan Khan who is in the custody of the police.

This was the first meeting between the father and his son, whose bail was rejected on Wednesday. Shah Rukh Khan spent about 20 minutes at the Arthur Road Jail to talk with his son.

The video of the visit went viral on social media that shows him walking quickly amid a crowd of reporters but SRK remained silent.

Yesterday, after hearing the verdict of the NDPS court, Aryan Khan’s counsel moved to the Bombay High Court for seeking bail. The hearing is likely to take place today by a bench headed by Justice Nitin Sambre.

Aryan Khan has been in custody for the past 19 days after he was arrested during a raid at a rave party by the Narcotics Control Bureau (NCB) on October 3. He was sent to judicial custody at the Arthur Road jail.

The NCB lawyer requested the court to extend the suspect’s custody by arguing that his involvement in the case needs to be further investigated. He had previously mentioned that the entire chain of the drug racket needs to be detained.

Anil Singh, the Additional Solicitor General, said that Aryan Khan’s connection in the supply and procurement on the substances have been found.

“Aryan Khan sourced drugs and was in touch with some persons abroad who appear to be a part of an International Drug Network for illicit procurement of drugs,” the anti-drug agency’s statement read. “WhatsApp chats reveal the accused was in touch with a foreign national for a bulk quantity of hard drugs.”