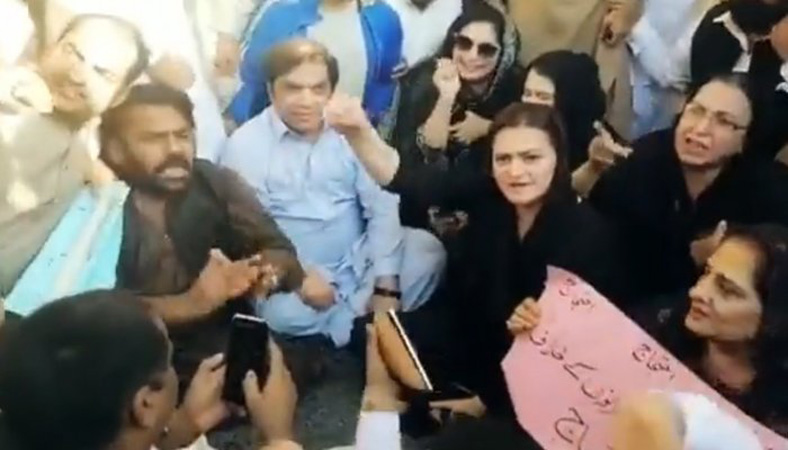 PML-N spokesperson Marriyum Aurangzeb vowed on Wednesday that the Pakistan Democratic Movement’s anti-government campaign will send the incumbent set-up packing, as the opposition alliance launched its drive to oust the sitting government with a rally taken out in Rawalpindi.

The PDM staged the protest in Rawalpindi as the first stop in its countywide protest campaign against government. “People are exasperated due to inflation and unemployment, and they have no hope from this government,” the PML-N spokesperson said as she addressed the protest. She said people were “forced to commit suicide” during the incumbent regime’s rule, as she sought the nation’s support to make the opposition alliance’s country-wide protests successful. “The people talking about Riasat-e-Madina will have to go home.”

The PML-N spokesperson said PDM would not allow Prime Minister Imran Khan to become a “political martyr” and that the people were well-aware of the country’s political developments. “Imran Khan has to put Shahbaz Sharif and Nawaz Sharif behind bars to run his government,” she added.

Rawalpindi Mayor Sardar Naseem Ahmed, the PDM’s local leadership and women partook in the protest. Due to the protest, which took place near Liaquat Bagh, the flow of traffic was disrupted on Murree Road.

Meanwhile, Minister for Interior Sheikh Rasheed said he was happy to know that the opposition alliance had decided to kick off their anti-government campaign from his home city. He said the government would not allow the opposition to take the law into its hands, as he assured the nation that Prime Minister Imran Khan was personally dealing with the issue of inflation. “If Shehbaz Sharif held a meeting with someone, then it is a positive development,” he added.

A day earlier, PML-N President Shehbaz Sharif held a high-level meeting of the party to finalise the schedule for protests and rallies against the PTI-led government. Shehbaz Sharif urged workers and leaders of the party at the district and provincial level to partake in the protests.