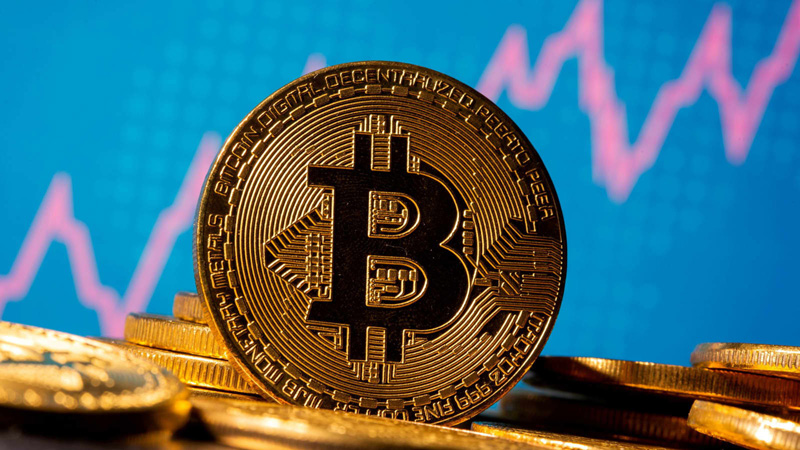 Minister of State for Parliamentary Affairs Ali Muhammad Khan on Wednesday informed the National Assembly that cryptocurrency was a new concept and if the country would go this way, the government would not oppose it.

Responding to a Calling Attention Notice in the House regarding non formulation of regulatory framework for cryptocurrency in the country, he said the government did not opposed it but the State Bank of Pakistan (SBP) had some reservations which should be removed.

The minister said that said the SBP was reviewing it and the matter should be referred to the Finance Committee as “the SBP was saying we should move forward in this regard very carefully,” he added.

Ali Muhammad Khan said the government did not have any objection if the youth would get the opportunity to invest through the new technology.

On a point of order raised by Pakistan Muslim League-Nawaz (PML-N) member Rao Muhammad Ajmal about the implementation of the recommendations of the standing committee on fixing the subsidy price of wheat, Ali Muhammad said that he would take up the matter with Minister for National Food Security and Research Fakhar Imam and would also raise the issue in the cabinet meeting.

Ali Muhammad Khan urged all the provinces to fulfill their commitment for the provision of three percent of their National Finance Commission (NFC) share for the development of erstwhile Federally Administered Tribal Area (FATA).

Replying to a Calling Attention Notice in National Assembly moved by Abdul Shakoor and others regarding non-provision of additional funds committed to the erstwhile FATA at the time of merger, he said all the provinces committed to contribute three percent of their NFC share for merged districts. The minister said the federal government and Khyber Pakhtunkhwa had so far contributed their due share in this regard and now Punjab, Sindh and Balochistan have to fulfill their commitment.

Ali Muhammad said that he would talk to all the provinces regarding giving three percent extra share from NFC award to the people of tribal districts.

“In 2017 and 2018, when we passed the bill to merge FATA into Khyber Pakhtunkhwa, all the provinces had promised to contribute three percent of their share of the NFC as the tribal areas have been severely affected by terrorism,” he added.

The minister said the people of the tribal areas were asking the provinces to fulfill their promise as soon as possible as it was made by the State of Pakistan to the masses of the areas. Ali Muhammad suggested that the matter should be referred to the Standing Committee on Finance.

In reply to another question, he said that when the decision for merger was taken in the House, the central leadership of all the provinces was present and they had signed the bill. Responding to remarks made by some Pakistan Peoples Party (PPP) members in the National Assembly about women, Ali Muhammad said that PPP women should condemn the words.

“A woman who has nothing to do with politics should not be discussed here. We will not remain silent in the future,” he warned. In the past, Shaheed Benazir Bhutto had cancelled the membership of her party member on a similar issue, the minister added. Parliamentary Secretary for Water Resources Saleh Muhammad Wednesday informed the National Assembly that the total land required for construction of the Dasu Hydropower Project would be acquired by December 31, this year.

Responding to a question during the ‘Question Hour’, he said, “The total land required is 5,051 acre, out of which 4,244-acre land have been acquired so far while the remaining 807 acres will be acquired by December 31, 2021.”

Work on two Diversion Tunnels, Underground Power House, Transformer Cavern, and Traffic Tunnel was in progress, he added. About Electro-Mechanical Works, he said contract (EM-01) amounting to Rs52 billion had been commenced since November 11, 2019, while equipment design work was in progress.