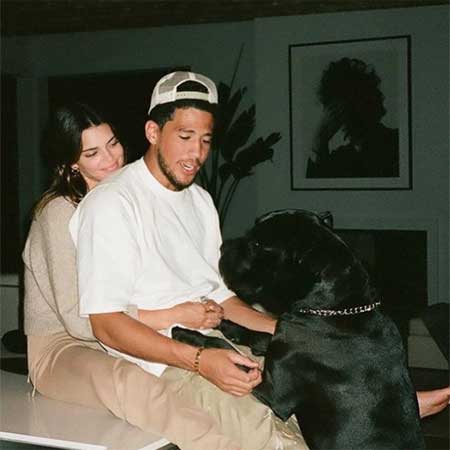 No practical magic needed here. Kendall Jenner’s “favourite time of the year” led to her being adorably trolled by boyfriend Devin Booker.

The Keeping Up with the Kardashians star gave a sneak peek into her Halloween prep via Instagram Stories on Oct. 18, writing, “time to get serious,” as a jack-o’-lantern carving station was set up in her backyard.

The supermodel then captured a video of her two finished pumpkins, one giving off Jack from The Nightmare Before Christmas vibes and the other pumpkin smiling wide with a goofy grin.

Yet, Devin took to Twitter to seemingly call out Kendall’s true carving skills. “Pumpkin don’t count if you used a stencil,” the NBA player captioned.

But the hilarious diss didn’t put a knife in the Kardashian-Jenner seasonal festivities, despite Kendall confirming she did in fact use some help with her two pumpkins. The 818 tequila founder later re-tweeted Devin’s post, adding, “I feel personally attacked.”

The Kardashian-Jenners really do go all-out for spooky season, with Kendall’s sisters Kylie Jenner and Kourtney Kardashian decking out their houses with witches, skulls and larger-than-life skeletons come Oct. 1.

Over the years, the KUWTK family have dominated Halloween with headline-catching costumes and lavish decorations.

Now, Kendall has welcomed Devin into the annual spooktacular festivities!