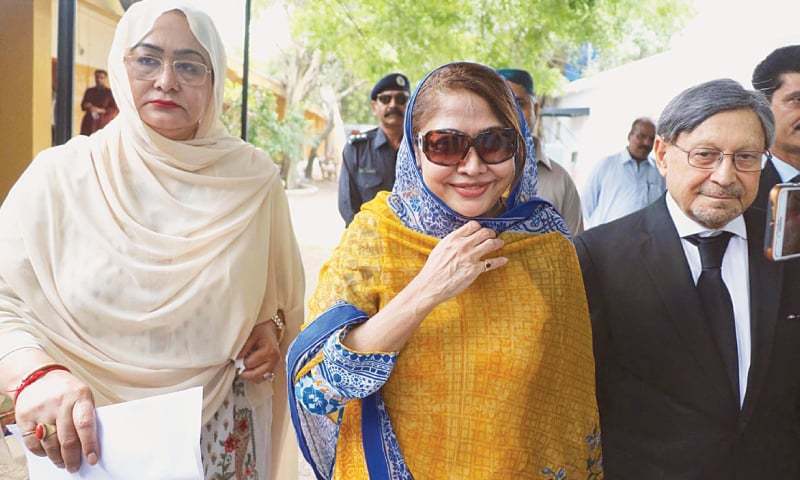 ISLAMABAD: On Wednesday, former president Asif Ali Zardari’s sister Faryal Talpur filed her reply in the Election Commission of Pakistan. Her response is to a petition seeking her disqualification as a member of the Sindh Assembly.

On September 20, court granted last chance to Talpur to respond in the plea against her disqualification as MPA.

Faryal Talpur submitted her response to the ECP through her lawyer Sheeraz Rajput.

The applicant is unaware of the ground realities and the law. The Sindh Assembly Speaker has already turned down the disqualification plea, the reply of Talpur said. It added that the ECP is not the proper forum to hear such a plea.

“Election tribunal is the only forum to hear pleas against my disqualification,” Talpur said.

After submission of the response, the ECP adjourned the hearing of the case until December 14.

Two Pakistan Tehreek-e-Insaf (PTI) leaders Arsalan Taj and Rabia Azfar had moved a petition in the ECP seeking disqualification of Ms Talpur as member of the provincial assembly over allegedly concealing her assets.

They stated the PPP leader should be disqualified under Article 62 of the Constitution. Because she has failed to declare details of her assets before the ECP. It means she is also no longer ‘Sadiq and Ameen’.

Faryal Talpur owned properties in Larkana and Shahdadkot, the petitioner stated. He also added Talpur had been nominated in a case pertaining to billions of rupees corruption through fake bank accounts.