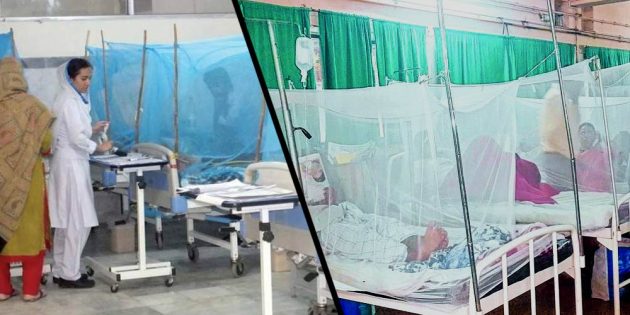 LAHORE: The provincial dengue cases in Punjab have raised alarms. Today, 412 new infections have emerged of the mosquito-borne virus.

The provincial health secretary, Imran Sikandar Baloch, has said the administration has increased arrangements to fight off the ongoing trend of dengue. It has claimed lives of 21 people across Punjab, he said.

According to yesterday’s numbers from Lahore alone, 332 new infections emerged in the previous day’s daily count, the health official said.

In the ongoing dengue season Lahore alone has seen 954 people plunging to health complications and ending up in hospitals. On the overall, the province has 1,638 people admitted in the hospital for the breakback fever.

On the other hand, today, the federal capital has conceded 107 new dengue cases as the mosquito-borne virus takes the country by storm with the city alone recording nine deaths in the ongoing season.

Seeing the violent surge in the breakbone fever cases, the Islamabad administration has established dengue isolation wards. They are in at least four government hospitals to control the symptoms and stabilize the infected.