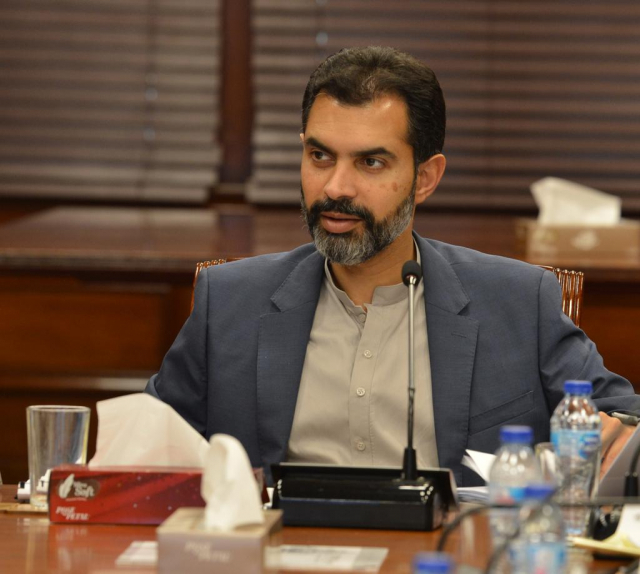 He was speaking to overseas Pakistanis at an event in London, where he is staying for the last four days.

Baqir’s statement came right after IMF Director of the Middle East and Central Asia Department Jihad Azour had said that talks between Pakistan and the IMF on the $6 billion Extended Fund Facility (EFF) are progressing in a “very good” manner.

Unveiling the ‘Regional Economic Outlook: The Middle East and Central Asia – October 2021‘, Azour had said: “The discussion around the sixth review is currently progressing around various pillars.”

The IMF mission and Pakistani authorities are discussing the steps that the government of Pakistan is currently thinking about.

“The progress has gone in a very good step and the mission with the authorities is going through various details [sic],” he had added.

Baqir, meanwhile, told the overseas Pakistanis that he was bringing PM Imran Khan’s message to them.

He said inflation is currently a reality all over the world and not just in Pakistan. He gave the example of the United States. And said that the country had not experienced the kind of inflation it is currently experiencing in the last 30 years.

The SBP governor said that so far 260,000 Roshan Digital accounts had been opened. Through them, Pakistan has received Rs2.6 billion.

Justifying the high rates of inflation, he said it is because of the rise in oil prices. “The exchange rate has been left to market forces since June 2019,” he said. He added that the pressure on payments is due to the fact that our economy is improving.

Earlier, reacting to news reports regarding Pakistan’s policy-level talks with the IMF for the resumption of the $6 billion EFF, Ministry of Finance Spokesperson Muzammil Aslam negated all reports, terming them as “baseless.”

“Shaukat Tarin, Adviser to the Prime Minister on Finance, has returned to Washington DC. He will join ongoing discussions with the IMF,” Aslam wrote on Twitter.

On Sunday, Tarin had dismissed reports that the talks between Pakistan and IMF have failed. He asserted that they were headed in a positive direction.

“The talks are continuing,” Tarin had told reporters, after addressing members of the Pakistani community at the consulate-general in New York Sunday night, during which he had said the government was working hard to achieve inclusive and sustainable economic growth that benefits all segments of society, especially the poor.

He went to New York on Friday from Washington, where, besides the loan talks, he attended the annual meetings of the IMF and World Bank. “I don’t know what’s the basis on which an impression has been given by some that the talks have failed — they are totally wrong,” he had said.

At this stage, Tarin had said that the final details were being worked out and the talks would conclude successfully.

Tarin had informed the media that Finance Secretary Yusuf Khan was still in Washington continuing the talks with IMF officials. He was in contact with the Federal Board of Revenue (FBR) chairperson as well as with him for any advice.

“There was an atmosphere of positivity and the next few days will show a productive outcome from the talks,” he had said.

In this regard, Tarin had said his meeting with IMF Managing Director Kristalina Georgieva and other Fund officials were also very “useful and positive.”

“The nation shouldn’t be disillusioned by some unfounded negative reports,” Tarin had added.

Asked whether the IMF was demanding that Pakistan do more, Tarin had said that every banker will ask for more when someone applies for a loan. Pakistan, he said, had its red lines to protect its interests. It has been made clear that the government will pursue the reform process for sustainable growth.