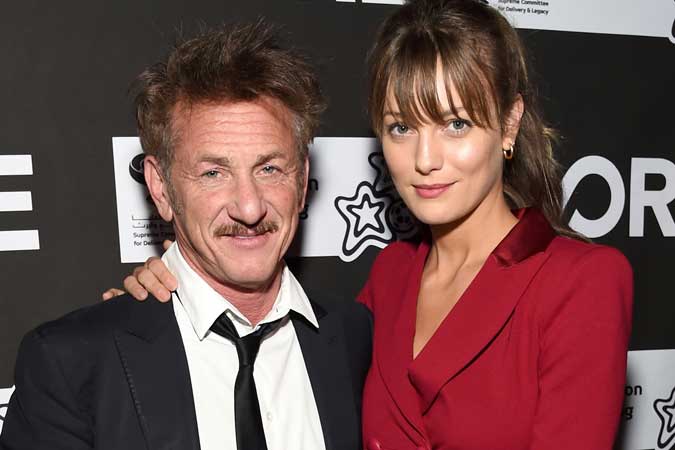 It’s over between Sean Penn and wife Leila George. On Friday, Oct. 15, the 29-year-old Australian-born actress filed for divorce from the 61-year-old Oscar winner in a Los Angeles court after a little more than one year of marriage, according to online records obtained by E! News.

The star’s reps had no immediate comment on the divorce filing when reached by E! News.

“We did a COVID wedding,” Penn said on Late Night with Seth Meyers a few days after the wedding. “By that, I mean it was a county commissioner on Zoom and we were at the house, my two children and her brother, and we did it that way.”

And speaking of COVID, a source told People that Penn and George grew closer while self-isolating together during the pandemic.

The actress even assisted Penn in his work with his disaster relief nonprofit, Community Organised Relief Effort. In April 2020, the two helped volunteers at a drive-thru testing sit in Los Angeles. The group partnered with the mayor’s office and the LA Fire Department to run several locations. The organisation also donated over 1,000 KN95 protection masks to frontline workers.

“What was easy is to say we had more than most in terms of the infrastructure of a disaster response organization, and we had done infectious disease once, with the cholera outbreak in Haiti,” the actor told Seth Meyers. “That’s a bit of a starter kit for what this incredibly transmittable COVID is. So we initially went to the governor of California and said, ‘Look, we’ve got people, we’ve got some experience, and we’ve got the will to play. Where would you guide us?'”