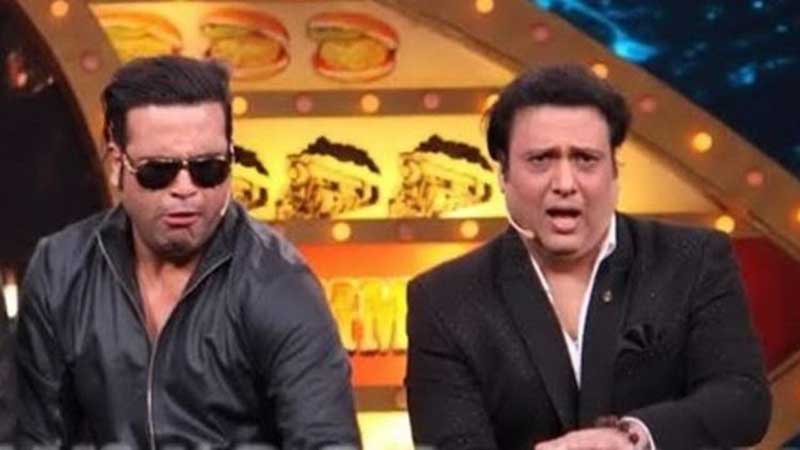 Govinda and Krushna Abhishek’s strained relationship has become the fodder of jokes for everyone.

Recently, ‘The Kapil Sharma Show’ host Kapil Sharma left Abhishek speechless for moments after he cracked a joke about his fight with his uncle.

Known for his comic-timing and not missing an opportunity to take a dig, Kapil said, “Isko toh mama bhi aankhen dikha jaate hai.” Krushna was left visibly surprised with the words.

‘Aankhen’, starring Govinda and Chunky Panday, was released in 1993.

Govinda and Krushna’s families have shared a tense relationship since 2016. While the two have refrained themselves from speaking against each other, their respective wives continue to take potshots besides calling each other names.

Sometime back, Govinda and his wife Sunita Ahuja were guests at ‘The Kapil Sharma Show’. However, Krushna skipped the episode featuring his own mama, adding fuel to the fire. Later, in an interview to Times of India, Krushna said that “he didn’t want to be a part of it and both parties don’t wish to share a stage.”

While Govinda did not speak on the matter, the ‘Hero No 1’ actor’s wife Sunita lashed out at Krushna for his public remarks. She said that she was distressed and does not want to see his face ever again. Sunita also suggested that Kashmera was a bad daughter-in-law and root of all problems in the family. On Monday, Kashmera further took a dig at Sunita, saying she feels Govinda is a great actor but she doesn’t talk about ‘managers’. She said, “Govinda ji is a very good actor. I really like him as an actor. But I don’t know anyone other than that. I don’t speak about managers,” flashing a smile to the paps.

Here, Kashmera apparently referred to Sunita as managers, as the latter had described herself as her husband Govinda’s manager in a previous interview.

Recently, during one of the episodes of ‘The Kapil Sharma Show’, Krushna Abhishek mentioned that he wants to mend his estranged relations with his maternal uncle aka mama.