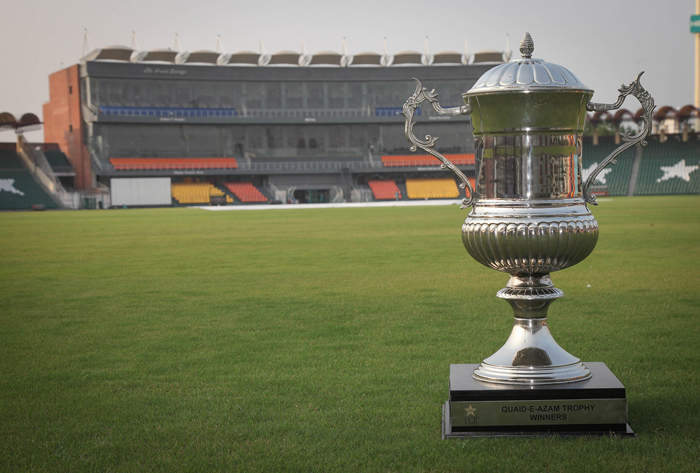 LAHORE: After the successful completion of the National T20, the 2021-22 season enters into next phase with the country’s premier cricket tournament — the Quaid-e-Azam Trophy —beginning from Wednesday, 20th October (tomorrow).Participation in the Quaid-e-Azam Trophy has remained the pinnacle for domestic cricketers as the tournament has established and produced red-ball stars who have gone on to wear the golden star. Over the years, the tournament has produced riveting matches, with last year’s final also going down the wire and ending as a tie with Central Punjab and Khyber Pakhtunkhwa sharing the trophy.This year, the fans can witness action up-close as the Pakistan Cricket Board will open stands for them across all venues. The entry will be free of cost and the only requirement will be the government-issued Immunisation Certification for Covid-19.

The PCB, as part of its efforts to incentivise and reward top-performing cricketers, has put PKR17million on offer with the champion side grabbing PKR10million and runner-up bagging PKR5million. The top-performers – player of the tournament, best batter, best bowler and best wicketkeeper – will pocket PKR500,000 each. The player of the final will be awarded PKR50,000.The first five rounds of the 31-match event to be played by the first XI sides of the six Cricket Associations will be staged at Faisalabad’s Iqbal Stadium, Lahore’s Gaddafi Stadium and Multan Cricket Stadium, before the tournament moves to Karachi on 24 November.In the first round, Iftikhar Ahmed-led Khyber Pakhtunkhwa will play Nauman Ali’s Northern at the Gaddafi Stadium, FawadAlam’s Sindh will take on Imran Butt’s Balochistan at Iqbal Stadium and Multan Cricket Stadium will stage the Punjab Derby with Azhar Ali’s Central Punjab locking horns with Mohammad Abbas’ Southern Punjab.

The last five rounds will be played at UBL Sports Complex, SBP Sports Complex and NBP Sports Complex, before the final, a five-day affair, begins at the iconic National Stadium on 25 December.All the Quaid-e-Azam Trophy action from Pakistan’s home of cricket – the Gaddafi Stadium – will be captured by nine High-Definition cameras and beamed across the globe through PCB’s official YouTube channel. The live-stream schedule for the last five rounds will be shared in due course, while the final will be televised on PTV Sports.

The result-oriented points system introduced last year achieved the aim of inducing attacking and positive mind-set amongst the teams, and the bonus and match points will continue to be allocated based on it. In the last year’s edition, Khyber Pakhtunkhwa – who won five matches, the most by any team – and Central Punjab finished the group stage at the first and second spots with 161 and 137 points. Southern Punjab finished at third with 129 points, Balochistan and Northern gathered 128 and 123 points from three wins each to end their campaigns at fourth and fifth spots and Sindh, who recorded solitary win, finished last with 87 points.