Former US secretary of state Colin Powell dies of Covid-19 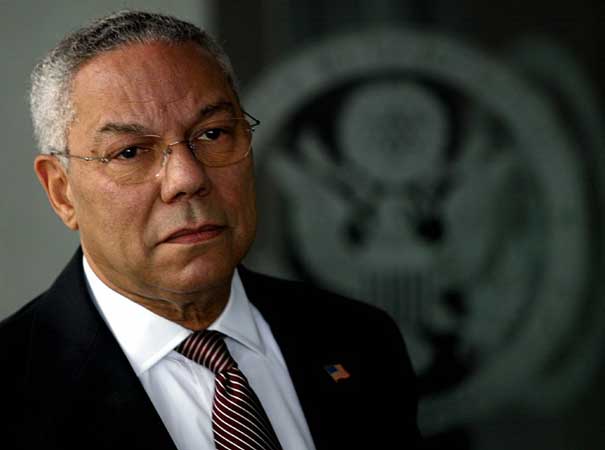 Colin Powell, a US war hero and the first Black secretary of state who saw his trailblazing legacy tarnished when he made the case for war in Iraq in 2003, died Monday from complications from Covid-19.

The 84-year-old retired four-star general was fully vaccinated, his family said in a statement, making him one of the most high-profile US public figures to die of a breakthrough infection.

“We have lost a remarkable and loving husband, father, grandfather and a great American,” the family said.

After engineering military victory in the 1991 Gulf War, Powell was so widely popular and respected that he was considered a strong candidate to become the first ever Black US president. He ultimately decided against running for the White House, although he later broke with his Republican Party to endorse Barack Obama.

A son of Jamaican immigrants, Powell frequently shattered glass ceilings in a pioneering career that took him from combat in Vietnam to becoming America’s first Black national security advisor under then-president Ronald Reagan. He was also the first African American and youngest chairman of the Joint Chiefs of Staff under Reagan’s successor, George H.W. Bush.

Serving four presidents, Powell made his reputation as a man of honor distant from the political fray — an asset in the corridors of power.

George W. Bush described Powell as “an American hero, an American example, and a great American story” when he nominated the professional soldier to be secretary of state in 2000, making him fourth in the presidential line and, up to then, the highest-ranking Black US public official ever.

“He was highly respected at home and abroad. And, most important, Colin was a family man and a friend,” the 43rd president said Monday. Powell had a reputation for bipartisanship, straight talk and integrity, and was praised for his officer’s instincts of duty and honor.

There was no word from the White House by mid-morning but Israeli former prime minister Benjamin Netanyahu led the international tributes, noting Powell’s dedication to public service.

Back at home, 97-year-old former president Jimmy Carter called Powell a “true patriot” whose courage “will be an inspiration for generations to come.”

US Defense Secretary Lloyd Austin told reporters Powell was among the “greatest leaders that we have ever witnessed,” lamenting the loss of “a tremendous personal friend and mentor.”

Democratic National Committee chairman Jaime Harrison said he had been inspired as a young Black man by Powell’s lesson that “there is no limit to what we can be or achieve.” But Powell found it hard to live down his infamous February 2003 speech to the United Nations Security Council about the alleged existence of weapons of mass destruction in Iraq — evidence which was later proven to be false. “It’s a blot… and will always be a part of my record. It was painful. It’s painful now,” Powell said in a 2005 interview with ABC News.