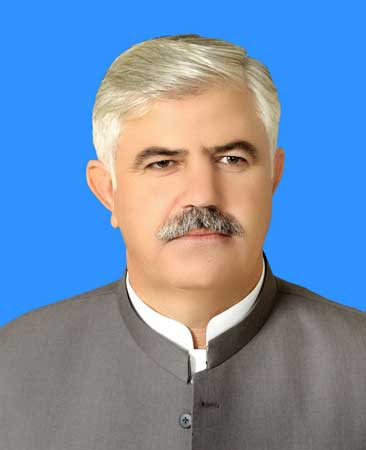 Khyber Pakhtunkhwa Chief Minister Mahmood Khan has directed the concerned authorities to expedite the process for the establishment of citizen facilitation centres (CFCs) to ensure the establishment of a model CFC in the provincial capital within a period of next three months and in the divisional headquarters in six months.

He issued these directives while chairing a meeting to review progress on various initiatives to be launched under e-governance strategy of the provincial government in Peshawar on Monday.

The purpose of giving the deadline to the concerned authorities for the launching of e-summary system is aimed to improve the efficiency of government departments and cut short the lengthy and time consuming process involved in the existing manual system of summary approval.

The meeting reviewed in detail progress so far made on the establishment of CFCs and launching of Paperless Governance Initiative with special focus on e-summary system.

Briefing the meeting about the establishment of CFCs, it was informed that 38 to 40 various kind of services of nine different service delivery departments would be provided to the citizens in the CFCs under one roof which include issuance of domicile certificate, national identity card, birth certificate, form-B, arms license, driving license, registration/mutation of land, etc.

Regarding the paperless governance initiatives, it was apprised that it would be launched in June next year and would be implemented in three phases to be completed by June 2023.

It was further informed that 5,000 government officials would be trained for the implementation of paperless governance initiative.

The chief minister directed the concerned high ups for necessary steps to ensure the launching of paperless initiative well before June 2022, and decided to constitute a committee headed by additional chief secretary for effective coordination amongst the provincial government department for the purpose.

The meeting was further informed that under the e-governance strategy, work is in advanced stages on the digital mapping of state lands and forest lands in the province to effectively curb encroachment on state land and forest acres.

Talking on this occasion, the chief minister termed the establishment of CFCs and launching of paperless governance system as very important components of his government’s e-governance strategy and directed all the concerned quarters to ensure implementation of these initiatives within the stipulated time frame adding that all the departments would require to work beyond their routine way of working to implement these initiatives within the stipulated time period.

Mahmood Khan remarked that his government was committed to improving the working capacity of government departments and ensure utmost transparency in official business through the effective and efficient use of information and communication technology. “Provision of maximum possible facilities to the citizens is the mission of the incumbent government and the establishment of CFCs would prove to be a milestone achievement in this regard,” the CM concluded.