Politics of unrest not in national interest: CM 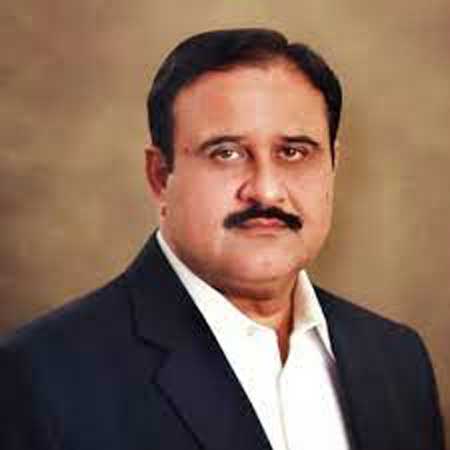 Punjab Chief Minister Sardar Usman Buzdar on Monday urged the religious scholars and Mashaikh to spearhead the mission of spreading glorious teachings and Aswa-e-Husna of Holy Prophet Muhammad (PBUH) through their platforms and motivate people to follow his (PBUH) blessed way of life in the real sense.

Addressing the international Mushaikh and Ulema conference held under the aegis of Auqaf department in connection with ‘Ashra’ Shan-e-Rehmatul-Lil-Alameen (PBUH), the CM said, “The purpose of celebrating Ashra Shan-e-Rehmatul-Lil-Alameen (PBUH) is to sensitize the world that Muslims’ utmost love and affection for the Holy Prophet Muhammad (PBUH) is beyond every love.”

The reverence and honour of Holy Prophet Muhammad(PBUH) would always prevail over everything, he added.

Usman Buzdar said that 10,574 Shan-e-Rehmatul-Lil-Alameen scholarships, valuing more than Rs 270 million had been given to bright but needy students. As many as 29,142 scholarships of Rs 830 million would be given this year and the amount would be increased to Rs 1 billion, he said.

The CM said that ‘Seerat Chairs’ had been established in IUB, Ghazi University DG Khan, Okara University, GCU Faisalabad, University of Chakwal and BZU Multan to fund the research.

It was satisfying that different celebrations were being held across the province to celebrate the blissful arrival of holy Prophet Muhammad (PBUH) to this world. Ashra Shan-e-Rehmatul-Lil-Alameen would be celebrated with more zeal and enthusiasm next year.

He said, “I pay tributes to Prime Minister Imran Khan for initiating the tradition of officially celebrating Ashra Shan-e-Rehmatul-Lil-Alameen.”

The CM distributed cash prizes and awards among position holders of Na’at competitions and writers of books on Seerat-e-Tayyba.

On Sunday, Buzdar went to a calligraphy exhibition held at Al-Hamra Art Gallery and viewed the calligraphy art pieces of 400 calligraphers, participating in calligraphy competition from across the country. The exhibition is being organised in connection with Ashra Rehmatul-lil-Alameen.

The chief minister took keen interest in the art pieces of Ism-e-Muhammad (PBUH). As many as 450 art pieces of calligraphy were displayed in the exhibition. Usman Buzdar lauded different mediums of the calligraphy and gave away medals to the position holders of the calligraphy competition. The winners included Zubair Akram, Amjad Alvi, Saeed Naz and Habibullah. Other position holders were: Anwar Zaib from Peshawar, Ammar Iqbal from Multan and Waqas Yahya from Kasur. Secretary Information Raja Jahangir Anwar presented a beautiful art piece of Ism-e-Muhammad (PBUH) to the chief minister.