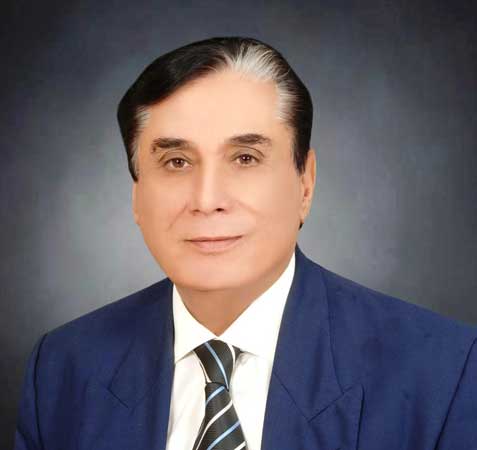 NAB is pursuing the policies of ‘accountability for all’ as well as self-accountability which was announced by its Chairman Justice (retd) Javed Iqbal soon after assumption of his responsibilities as chairman on Oct 10, 2017.

Under the leadership of Justice Iqbal, the bureau is vigorously pursuing accountability for all policy as per law.

Under self accountability mechanism, efficient officers are rewarded on showing good performance and likewise proceedings had started against diligent officers/officials in the light of relevant laws. The transparent and on merit proceedings has increased its prestige and image as NAB believes that actions speak louder than words.

According to Gilani and Gallup survey some 59 percent has reposed trust over NAB. NAB officers considered eradication of corruption and perform their duties in accordance with law.

The NAB chairman has already directed all concerned that the accused or witness in a case should be called for any probe by writing through a letter. No Officer/official is allowed to call an accused/witness by making a telephone call as NAB officers/officials are not authorised to call an accused/witness via telephone call. And law will deal with the violators of chairman’s orders in this regard.

The chairman has directed the concerned to record the statement of the visiting accused with utmost care, saying the accused should be dealt with respect and care as NAB is a people friendly institute.

NAB has also urged media not to air/broadcast or publish any speculative to facts news items related to the bureau’s investigation, complaint verification, inquiries without confirming from NAB spokesmen.