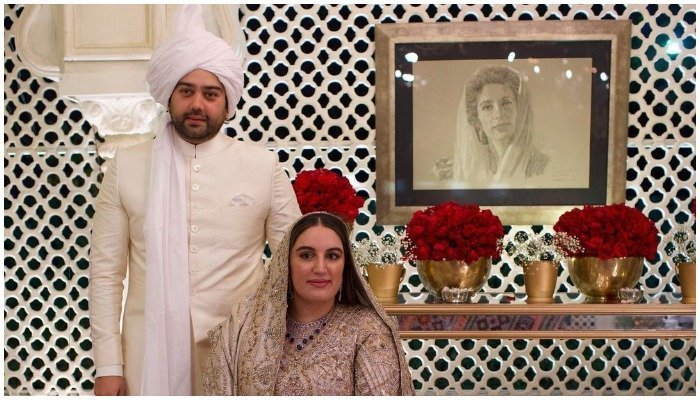 Bakhtawar Bhutto Zardari, the daughter of the late Benazir Bhutto and former president Asif Ali Zardari, announced the name of her first child on Monday.

In a Facebook post, Ms Bhutto said that she and her husband named their son “Mir Hakim Mahmood Choudhry”.

On Oct 10, Bakhtawar Bhutto Zardari announced that she had given birth to her first child.

Last week, she took to Twitter to thank everyone for all the love for her baby boy.  “Thank you for all the love & celebrations welcoming our little baby boy to the world. He was due Nov 8th but decided his own birthday & surprised us all on Oct 10th – currently in the NICU but getting stronger every day ٱلْحَمْدُ لِلَّٰهِ – do keep him in your prayers,” she wrote on Twitter.

Bakhtawar and businessman Choudhry got engaged on Nov 27 last year and tied the knot earlier this year.