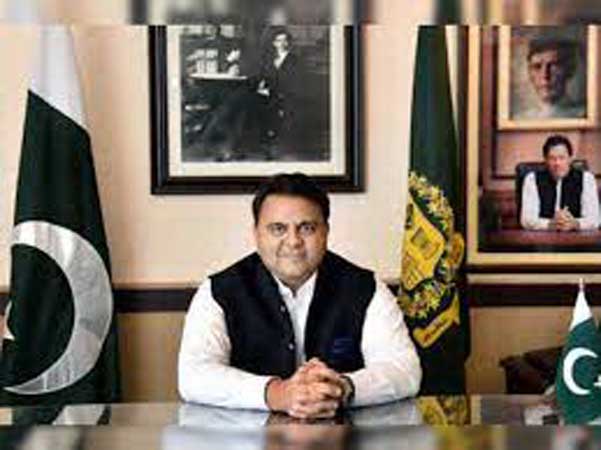 Federal Minister for Information and Broadcasting Chaudhry Fawad Hussain Sunday advised the opposition parties to focus on electoral reforms and other national issues instead of raising hue and cry over non-issues.

He was speaking at a get together for senior journalists arranged by former Advisor to Punjab Chief Minister Akram Chaudhry at a local hotel.

The federal minister said that government wants to bring in such electoral reforms under which the election process and results would be acceptable to all the contestants/parties. The opposition would be contacted on the matters pertaining to NAB ordinance next week, he said, adding that the amendment having consensus of both the treasury and opposition would be incorporated in the bill.

The minister said that there would be no political party except the Pakistan Tehrik-e-Insaf (PTI) that could field 800 to 900 candidates in the next general election. He said that construction sector attracted Rs 600 billion investments during last one year, asserting that textile units in Faisalabad succeeded to get orders for even the next two years i.e. 2023 ,adding they were booked to capacity. In agriculture sector, he mentioned, farmers had earned an additional income of Rs 1100 billion due to bumper crops of wheat, rice and mangoes.

The minister said that government launched three major initiatives in social and health sectors including Sehat Insaf Card, enabling a family to get free-of-cost health facilities worth up to Rs 750,000.

Regarding China-Pakistan Economic Corridor (CEPC), he rejected the negative propaganda against this multi-national mega project and said that private sector was also being invited to come forward and make investments in the CPEC projects.

Fawad said that Pakistan government always played its effective and positive role for the formation of an inclusive government in Afghanistan that would guarantee peace and stability. Pakistan has been convincing the international community to play its due role keeping in view the current situation in Afghanistan, he said.

Meanwhile, Minister for Information and Broadcasting Chaudhry Fawad Hussain said that propaganda about the rise in oil prices was being done as if Pakistanis lived on a separate planet away from the rest of the world. In a tweet, he said if oil and gas prices go up in the world, Pakistan will to readjust prices as per new rates.

The minister said that the whole country could not be run on subsidies. He said now prices were high but if oil prices fall in international market, Pakistan will also reduce oil prices. He said the nation would face difficulties together.

The minister said that economic hardships were temporary and industry, agriculture and construction sectors were making historic profits. Fawad said that the salaried class was facing problems. He urged the private sector to increase the salaries of its employees. He said increase in income and employment were best way to counter inflation.