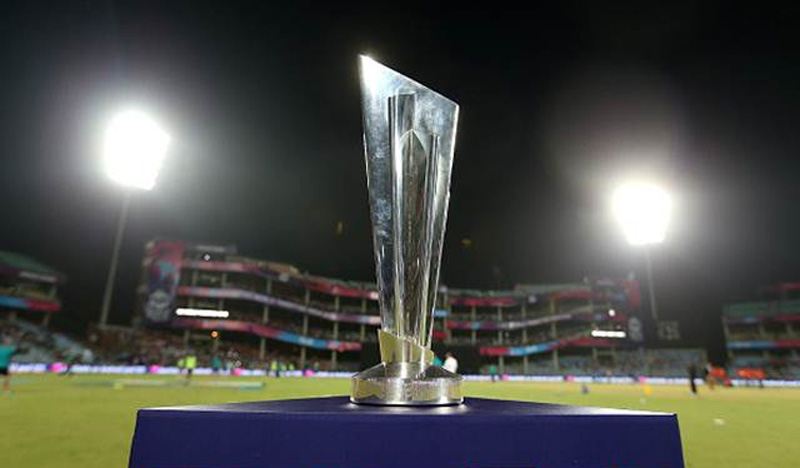 A look at players who have had a huge impact on the history of the tournament with their consistent excellence:

Shahid Afridi (Pakistan) – 39 wickets and 546 runs in 34 matches
The greatest wicket-taker in the history of the ICC Men’s T20 World Cup, Pakistan’s Shahid Afridi is one of the poster boys of the format capable of having an impact with bat and ball. His crowning achievement came in 2009 when he inspired Pakistan to the title, earning Player of the Match honours for his performance in the eight-wicket win over Sri Lanka in the final. In that game Afridi took one for 20 with a miserly spell before hammering an unbeaten 54 off 40 balls to see his side home. His 39 wickets are the most of any player in the tournament, while he is just outside the top ten all-time runs scorers with 546, and only Tillakaratne Dilshan has played more than Afridi’s 34 matches.

Shakib Al Hasan (Bangladesh) – 567 runs and 30 wickets in 25 matches
The only player on this list who has not reached at the least the semi-finals of the competition, it is mark of Shakib Al Hasan’s achievements that he has been so successful despite playing in a struggling side. One of just eight men who will be playing in 2021 having also featured in the inaugural tournament, Shakib has been one of the great all-rounders in the ICC Men’s T20 World Cup. He joins Afridi as the only players to have scored at least 500 runs and taken 30 wickets in the tournament, and if his performances in England two years ago are anything to go by, his taste for the big occasion is only increasing.

Chris Gayle (West Indies) – 920 runs in 28 matches
The man born to play T20 cricket, Chris Gayle has made the format his own and ‘The Universe Boss’ will look to make it a hat-trick of titles in the UAE and Oman. Curiously, Gayle has scored three and four in the two finals he has played so far, but the Windies have won them both anyway. In the other 26 matches he has played, he has racked up 913 runs, second only to Mahela Jayawardene. By the end of the 2021 tournament, Gayle will hope to have joined Jayawardene in the 1000-run club. As destructive as they come, Gayle has smashed 60 sixes in the tournament, nearly double the next most from Yuvraj Singh with 33, and is the only player to have notched two ICC Men’s T20 World Cup centuries.

Virat Kohli (India) – 777 runs in 16 matches
The list of candidates for the best player never to have won the ICC Men’s T20 World Cup starts and ends with Virat Kohli. The India skipper averages an absurd 86.33 in the 16 matches he has played. With a half-century in more than half his innings, Kohli has been as consistent a player as the tournament has seen. He has been named Player of the Tournament in each of the last two editions of the competition, averaging more than 100 in both editions, while his lowest score in a knockout game is the 72 not out he scored against South Africa in a semi-final win in 2014.

Lasith Malinga (Sri Lanka) – 38 wickets in 31 matches
The most prolific wicket-taker in the history of T20 internationals, Lasith Malinga is second only to Shahid Afridi at the ICC Men’s T20 World Cup. The master of the yorker, Malinga was the ultimate death bowler, capable of crushing toes and splaying wickets in the deciding moments of matches. It is also a testament to his importance within the Sri Lankan team that Malinga was captain of the side that won the title in 2014, in a squad featuring the likes of Mahela Jayawardene and Kumar Sangakkara. And even in a match where he did not take a wicket, the way Malinga restricted India to just 11 runs from overs 18 and 20 of their innings in the final, was crucial to the eventual six-wicket success.

Mahela Jayawardene (Sri Lanka) – 1016 runs in 31 matches
No-one has scored more runs at ICC Men’s T20 World Cups than Sri Lankan great Mahela Jayawardene, the only player to have topped 1000 runs in the tournament. He played in every competition from 2007 to 2014, bowing out in style as he helped Sri Lanka claim the title in his final appearance. In that match he made a run-a-ball 24 as Sri Lanka chased down India’s total of 130/4 to win the tournament for the first time, becoming the first player to make it four figures in the process. Among other highlights, he enjoyed a purple patch at the 2010 T20 World Cup when he scored 81, 100 and 98 not out in three successive innings as Sri Lanka reached the semi-finals.

Kevin Pietersen (England) – 580 runs in 15 matches
In the vein of Samuel Badree, Kevin Pietersen’s influence on the tournament was relatively short, but his star shone incredibly bright. The driving force behind England’s march to glory in 2010 in the Caribbean, Pietersen’s 580 runs in just 15 innings is a phenomenal return. Only Virat Kohli and Mike Hussey average more than Pietersen’s 44.61 by players with at least ten innings, and his strike-rate of 148.33 is the best of anyone in the top ten all-time run scorers. He also has the silverware to go with it – being named Player of the Tournament as an aggressive England side powered their way to the title. He scored 248 runs in that tournament, capping off a run of three editions in which he was England’s most devastating batter.