* The Deer Team members — Afsana Khan, Donal Bisht and Ieshaan Sehgal asks 'Bigg Boss' to change their machine as they were not able to perform in the task because of it 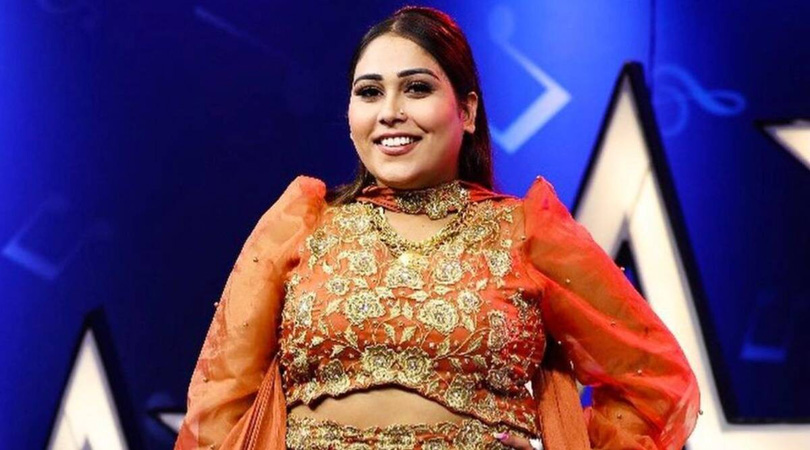 Competition inside ‘Bigg Boss 15’ seems to be going on a great note. Vishal Kotian, Karan Kundrra, Pratik Sehajpal, Shamita Shetty and Tejasswi Prakash have emerged as strong contenders in the house.

On Friday’s episode, housemates continue the ‘Zehar Ka Kehar’ task, with Shamita Shetty being the ‘sanchalak’.

The Deer Team members – Afsana Khan, Donal Bisht and Ieshaan Sehgal asks Bigg Boss to change their machine as they were not able to perform in the task because of it. Bigg Boss asks the housemates if they want to continue performing the task or should he announce the decision. The majority of the housemates chose to continue the task. The task commences and Shamita announces Deer Team as the winner in the fourth round. Donal eliminates Karan Kundrra for elimination.

After the four-round ends, Miesha goes to Ieshaan and hugs him, however, he snubs her saying she didn’t check on him even once when he was bleeding. He accuses her of showing an attitude towards him during the task. Soon after, they hugs and make peace. Akasa’s reaction to Ieshaan ignoring Miesha was to be noted here.

In the fifth round, Shamita announces Deer Team as the winner. Afsana sarcastically takes a dig at Shamita for being unfair.

Karan is seen discussing with Afsana that they made a huge mistake by choosing Shamita as the caption of the house. Afsana asks him if she is wrong in picking fights with Shamita as she goes on to claim that the latter has been ignoring her completely in the house. Karan supports her while asking her against getting weak.

Bigg Boss announces that Jay, Tejasswi, Akasa and Vishal can enter the main house. The winning team is also rewarded with luxury baskets each.

Shamita and Pratik ask Jay and Vishal about the map. However, they say that they do not have it with them as the junglevaasis changed the location of the house.

Next morning, housemates wake up to ‘Kajrare’ song. Nishant tells Karan that he can’t trust Vishal and Jay. Karan says Junglewaasis are happy that Vishal and Jay have moved out of the jungle area to the main house. Karan tells Vidhi not to share details about the map to Simmba, Donal and Afsana. The buzzer is heard and Karan, Ieshaan and Vidhi collect the pieces of pathway from the cave. Akasa runs to snatch the pieces from the junglevaasis, however, her top gets unbuttoned after Afsana tries stopping her. Meanwhile, a fight ensues between junglevaasis and Mukhya Gharwale, and everyone is seen pouncing upon each other.

Shamita asks Afsana not to pull Akasa’s top again, however, the latter retorts calling her ‘Battameez’. Jay shouts at Afsana for kicking Akasa while securing the map. Meanwhile, Mukhya Gharwale manages to get a part of the house. Afsana comes to the bathroom area to clarify her stand and says Akasa keeps her shirt unbuttoned every day and I pulled her top what was wrong.

Shamita and Afsana get into a heated argument about this when the latter calls her ‘Buddhi aurat’. She went on to call Tejasswi ‘naukrani’. Housemates were surprised to see Afsana using cuss words against others. Afsana goes to main house to clear up things with Akasa and twists her words.

Karan discusses with Vidhi about Afsana’s aggressive nature. Afsana tells junglewaasis that she would bring out personal things about Tejasswi. Karan and others warn her against doing so.

Later, Bigg Boss slams the contestants for their physical aggression and warns them not to do so. Pratik and others apologies to everyone.