* 'We don't get any handouts in my family,' Lourdes shared 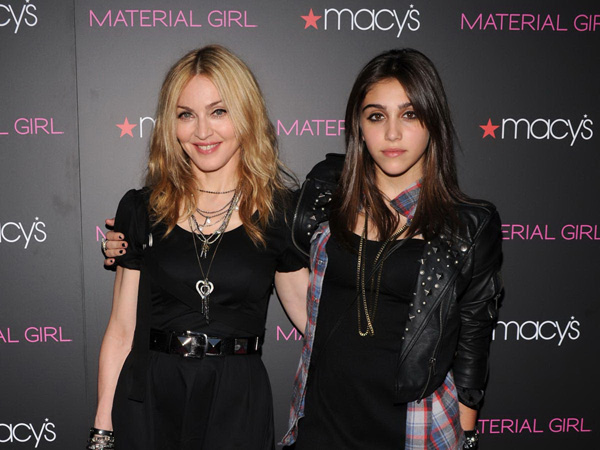 Lourdes Leon needed to get into her own groove. In a chat with Debi Mazar for Interview Magazine, published Oct. 14, the 25-year-old model and oldest daughter of superstar-singer Madonna explained why she sought to gain a sense of freedom and financial independence outside of her upbringing after graduating high school.

“We don’t get any handouts in my family,” Lourdes shared. “Obviously, I grew up with extreme privilege.

There’s no denying that. But I think my mom saw all these other kids of famous people, and she was like, ‘My kids are not going to be like this.’ Also, I feel like if your parents pay for things, then it gives them leverage over you. My mom is such a control freak, and she has controlled me my whole life. I needed to be completely independent from her as soon as I graduated high school.”

Earlier this year, the Vogue cover model, whose father is Madonna’s ex Carlos Leon, revealed in an interview with the publication that she paid for her own college tuition and chose to currently reside in Brooklyn, since she considers herself a proud New Yorker.

However, as Lourdes told Interview, her mom has been instrumental in dishing out advice for navigating a budding modeling career-professional advice that is worth more than gold, since it is coming from Madonna, after all.

“She said something to me recently that has really stuck with me,” the Marc Jacobs muse shared. “I’ve been so concerned with making a decent living and wanting to live more luxuriously than I was when I first graduated and wasn’t earning a lot of money. She was like, ‘Remember, this s–t is not real. It’s not about the money or your face or how hot you look. It’s about what you’re bringing into the world and what you’re going to leave behind.’ That always shakes me awake when I get too caught up in everything.”

And if you’re wondering what her natural reaction is like whenever she hears her mom’s music, Lourdes explained that she is filled with pride since she’s grown to recognize her famous mom’s influence.

“I’m increasingly able to recognize how influential and amazing this woman is,” she said. “And how empowering to other women and ahead of her time she has always been.

I didn’t fully comprehend that until I realized the importance of empowerment and what it means to be a woman. She’s probably the hardest worker I’ve ever seen. I didn’t inherit that, unfortunately. I inherited her control issues, but not her work ethic.”