* In 2019, Karan Johar recalled how Shabana Azmi 'blasted him' for Kajol's short hairstyle 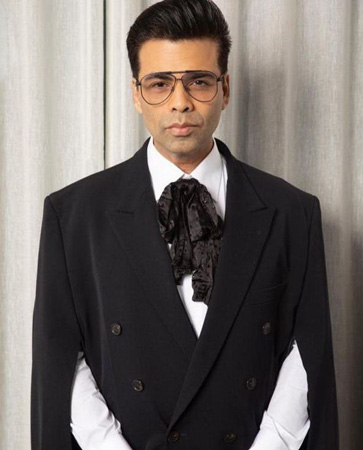 Karan Johar’s Kuch Kuch Hota Hai, starring Shah Rukh Khan, Kajol and Rani Mukerji might be considered a milestone among 90’s romances, but it has faced criticism from several quarters over the years.

Karan had himself dissected the film a few years ago and accepted that his leading man in the film, played by SRK, didn’t stand for much. The film was also considered problematic for its portrayal of the quintessential tomboy, played by Kajol. The film completed 23 years of its release on Sunday. In 2019, Karan Johar recalled how Shabana Azmi ‘blasted him’ for Kajol’s short hairstyle. “KKHH is the most politically incorrect film. I remember Shabana Azmi saw the film somewhere in the UK and she called me. She was aghast,” he said in his speech during the Indian Film Festival at Melbourne.

In the first half of the film, Kajol plays a short-haired tomboy, Anjali, who is secretly in love with her best friend, Rahul. After eight years, she leaves aside all her jeans and t-shirts and is clad in sarees and has long hair

In the first half of the film, Kajol plays a short-haired tomboy, Anjali, who is secretly in love with her best friend, Rahul. After eight years, she leaves aside all her jeans and t-shirts and is clad in sarees and has long hair. He added, “She told me, ‘what have you shown? That a girl has short hair, so she’s not attractive, and now her hair is long and she’s pretty? What do you have to say to this?’ I said I’m sorry. She said, what? That’s all you have to say?’ I said yes because I know you’re right.” KJo also recalled the casting process for the film, “I was ecstatic to meet SRK. Kajol and he had promised that they would work in my first film. So, I remember going to meet him and I had no script, and just had a scene in my mind, which I narrated to him. He bought into my bullsh*t! I told him if you like this one scene then I will narrate the entire film to you, which was completely a lie… Tabu, Urmila, Aishwarya turned me down, and Ash was the only one who was polite to call me back. It took months to cast for Rani’s part after Aditya Chopra recommended her.”

SRK might have established himself as the king of romance with this film, but KJo later criticised the character Rahul Khanna, and said that ‘he didn’t stand for much’. He told Mid-Day, “Rahul doesn’t stand for very much. He’s a deeply confused character, doesn’t know what he wants and, really, didn’t do a lot much in the movie. Whatever happened to him was because there were people pushing him – his dead wife’s spirit, his eight-year-old daughter, and Anjali herself. What made him endearing was his charm, his large heart and Shah Rukh’s personal.

He also confessed that KKHH didn’t have ‘logic’ or ‘backstory’. “And the eight letters – one for each birthday – made no sense, either.” He mentioned a deleted scene where Anjali confronts Rahul on his behaviour and tells him how he doesn’t know how to take a stand. KJo said that he ‘threw out the scene’ as he thought it would ’cause a disservice’ to his leading man, but today he would have kept it, since his sensibilities have evolved.