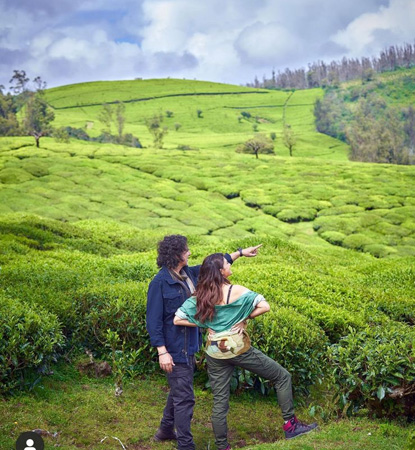 Jacqueline Fernandez has resumed shooting for her upcoming film Ram Setu in Ooty. The actress took to social media and shared a breathtaking picture from the place. Taking to her Instagram, Jacqueline shared, “Feels great to be back on sets with team Ram Setu in my fav Ooty! Nature at its best @akshaykumar #RamSetu.” Ram Setu is high on the buzz word. Jacqueline will be seen alongside Akshay Kumar and Nushrratt Bharuccha in the period drama. Recently, a fan page video also revealed that the actress is working with 365 days’ fame, Michele Morrone and that has created a wave of anticipation and curiosity among the masses. The actress has a heavy lineup of films, ‘Kick 2,’ Bachchan Pandey’, ‘Ram Setu’ and ‘Cirkus’. She was last seen in Bhoot Police co-starring Saif Ali Khan, Arjun Kapoor and Yami Gautam.