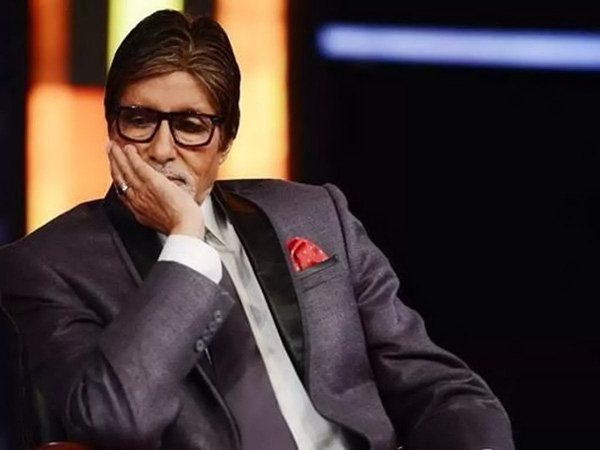 The Shahenshah of Bollywood Amitabh Bachchan was corrected by a fan on Facebook for misspelling Dussehra in Hindi in a post. The fan named Rajesh Kumar pointed out that Big B had spelt the word Dussehra incorrectly in his post and must keep these things in mind as he is a poet’s son.

He also told the ‘Chehre’ actor that instead of worrying about commercial ads, he should be meticulous about spelling.

The fan commented on Amitabh Bachchan’s post in Hindi, he said “Sir!! In a scene of ‘Khuda Gawah’, you are seen saying ‘Peshawar Mujrim’ instead of ‘professional criminal’. You are the son of a great poet. ‘Dussehra’ and not ‘Dussehra’ formed from the defeat of Dashanan. Leave aside commercial ads, at least be meticulous about spelling.”

To this, Amitabh Bachchan graciously accepted his mistake and said that he will try to improve in the future.

He wrote in Hindi, “Rajesh Kumar I am sorry for what has gone wrong; And I’ll improve. thank you for paying attention.”

On Dussehra, many celebrities including Amitabh Bachchan had taken to social media to wish their fans and spread positive energy.

On the work front, Amitabh Bachchan was recently seen in ‘Chehre’.

Next, he will soon be seen in ‘Brahmastra’ along with Ranbir Kapoor, Alia Bhatt, Nagarjuna and Mouni Roy. Apart from these, he has projects like ‘Goodbye’, ‘Jhund’, ‘Mayday’, ‘Jalsa’ and Hindi remake of Hollywood film ‘Intern’ in his kitty.