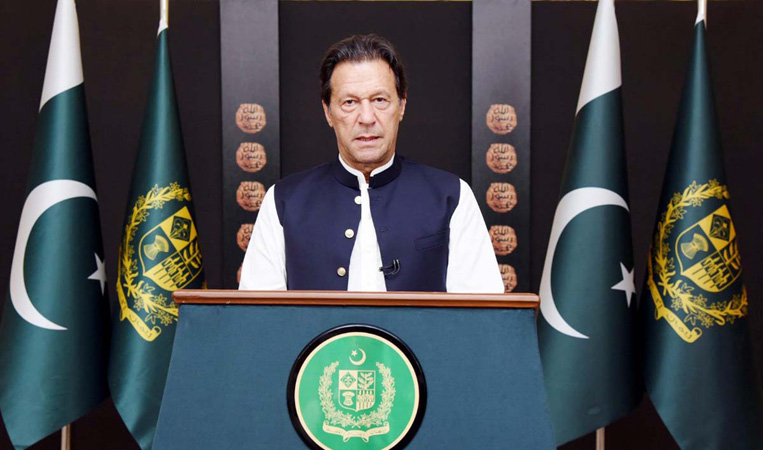 In a video message on Twitter, the prime minister said: “This is a month full of blessings when the Prophet (Peace be Upon Him) came to this world.”

He observed that Allah Almighty gave the title of Rehmatul lil Alameen (a mercy for the worlds) to the Prophet (Peace be Upon Him) to unite the entire world.

“Prophet (Peace be Upon Him) was the greatest leader of the world and the speciality of a leader is to unite people,” he maintained.

Therefore, he added, people should participate in the celebrations. “We should celebrate it as it has never been celebrated before in the country’s history.”

Earlier on Thursday, President Arif Alvi issued the ordinance related to the establishment of Rehmatul lil Alameen Authority, as part of the government efforts to form ‘Riyasat-e-Madina’.

The authority will comprise a chairman and six members. Under the ordinance, Prime Minister Imran Khan will be the patron-in-chief of the committee.

The authority would take steps to make the “dream of a just and welfare state a reality.” Moreover, it would also conduct researches on Seerat-e-Nabvi and Prophet Muhammad (PBUH)’s teachings for “the character building” of youth.

It would also consult the experts concerned for making Seerat-e-Nabvi a part of the curriculum.