All-out efforts being made to provide relief to citizens: minister 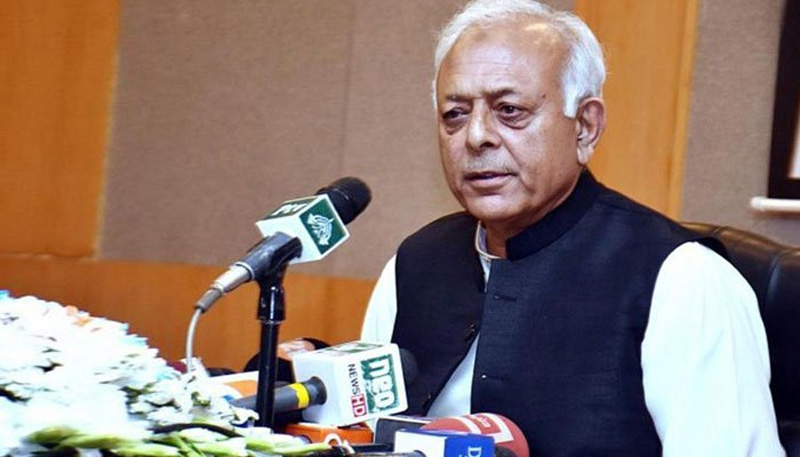 Addressing a press conference in Rawalpindi, he said that oil prices were increased over 100 percent in international market. Out of 160 countries of the world, Pakistan is at 30th number and in 130 countries, oil prices were more than the prices of Pakistan.

Oil prices of 80 percent countries including entire Europe, America, Canada, Far East countries, were more than the prices of Pakistan, he added.

The minister said Middle Eastern countries had less prices of oil as compared to Pakistan or those which were oil producing countries. In South Asian region, Pakistan was at lowest level in oil prices as compared to the countries like India, Bangladesh, Sri Lanka, Nepal, Bhutan and Maldives, he added.

Pakistan was not only at lowest level in oil prices but also in prices of essential commodities in South Asian region, Ghulam Sarwar said.

“Basic reason behind price hike is oil and gas prices but, Pakistan is not the only country, the entire world is facing the crisis, he said adding, gradually, the taxation on oil prices was reduced as PTI government was committed to provide relief to the citizens,” he said.

To a question he replied, almost 40 percent people would be compensated and to be provided relief as funds had been allocated and the government was working to provide targeted subsidy to the people during this year particularly on essential commodities.

The government had fixed Rs 1120 wheat flour price of per 20 kgs bag in open market and Rs 90 per kg sugar price, he said adding, “We would ensure implementation of the government decision in true spirit and try to ensure availability of flour and sugar at fixed prices.”

The government was ensuring the recruitment purely on merit. All the inductions made by PTI government were 100 percent on merit, he said.

Replying to another question he informed that no government across the world could provide jobs to all the citizens in public sector. The governments facilitate the private sector and generate resources so that job opportunities could be created, he added.

The incumbent government had made hectic efforts to facilitate the private sector and generated resources to open up avenues so that unemployed youngsters could get job opportunities in private sector, Ghulam Sarwar informed.

The textile industry was facing difficulties and the industrial units were closed during previous regime. Faisalabad, Sialkot and other industrial cities had provided a large number of jobs to the unemployed youngsters due to solid steps taken by the government. The representatives of Chambers of Commerce had appreciated efforts of the government, he said.

The exports of the country had increased and due to job creation, the factories were running day and night. To another question he replied, Metro bus service would be extended to new International airport by the end of December, this year. The company would run buses from Saddar and Secretariat to new Islamabad International Airport and the commuters would get quality travelling facility on these routes.

He informed that no commercial flight operation was done by any international airline but Pakistan International Airline continued its operations to airlift the standard passengers from Afghanistan. Nearly 5500 passengers were evacuated but due to certain conditions imposed by Afghan Civil Aviation Authority, the operations were suspended. “But now, they have requested to restore PIA operations and we are going to restart commercial operations,” he added.