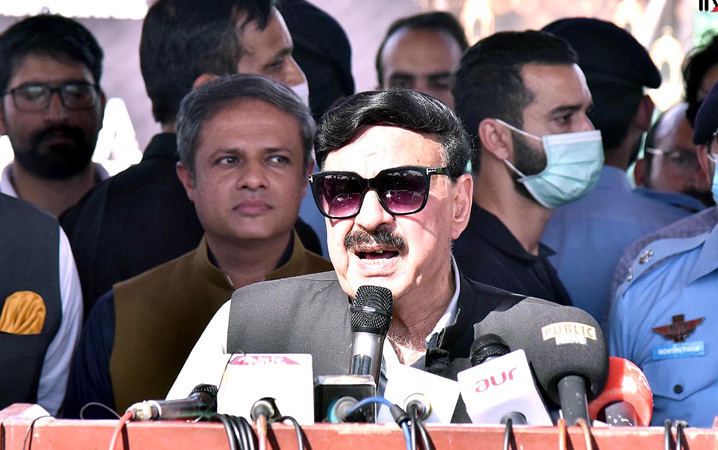 Minister for Interior, Sheikh Rashid Ahmad on Saturday said the present government will complete its tenure and that democratic and security institutions will get further strengthened during the tenure of this government.

Talking to media, he said as per the directives of Prime Minister Imran Khan, Eid Milad-un-Nabi (PBUH) would be celebrated in a grand manner across the country with religious fervor and respect.

The minister added that all arrangements had been finalised for holding the functions on the auspicious occasion of Eid Milad on 12 Rabi-ul-Awal including at Convention Centre where the prime minister will address.

He added various events had been planned in twin cities as Milad processions and rallies would be arranged in Rawalpindi and Islamabad besides number of other activities to celebrate the day.

Sheikh Rashid said, “Things were moving in the right direction and there was no question on political stability. The country’s enemies will fail to fulfill their wishes.”

He said that the issue of inflation was connected with the changing international economic situation as no one in the government wants inflation in the country.

He added the trend of increasing prices of petroleum, edible oil, wheat and other edible items in the international markets had repercussions.

He said that the things were changing in the region, and Pakistan being a responsible state would fulfill its responsibility of national security, while meeting international expectations as a major country in the region with the objective to strengthen peace in Afghanistan.

He added international world knows that Pakistan is a responsible country in the region. “We want peace in Afghanistan and are ready to support on humanitarian grounds.”

He said that the international community should support Afghanistan on humanitarian grounds. Talking about development projects in Rawalpindi, the minister said that Punjab Chief Minister Sardar Usman Buzdar had inaugurated third university in the city while work on Ring Road will begin soon.

He said that three universities had been established in Rawalpindi while several educational institutions had been setup in poor areas of the city.

He said that the present government had finalised the Nallah Lai project as the inaugural ceremony of the project will be held on December 25.