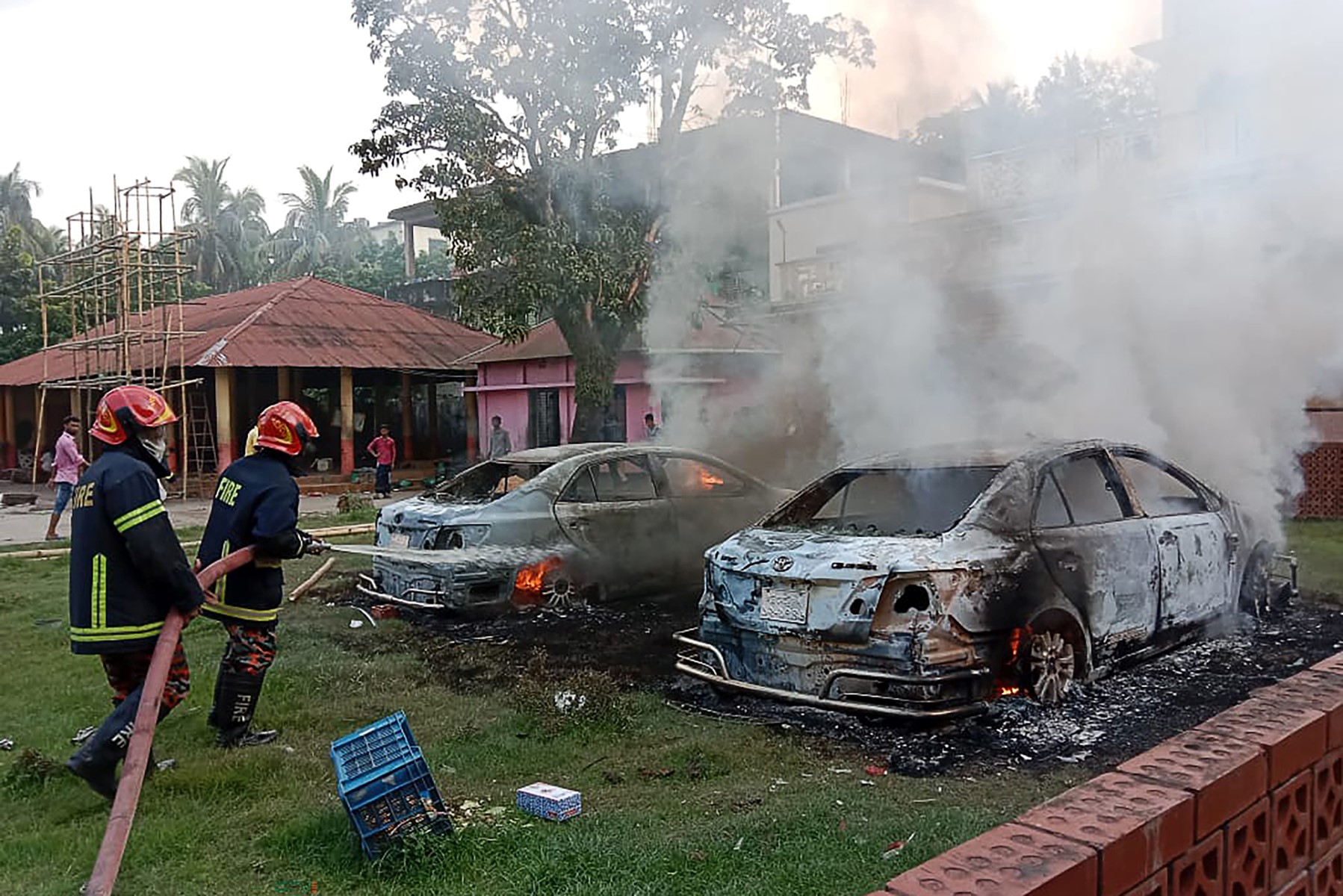 Two Hindu men have been killed in fresh religious violence in Bangladesh, police officials said Saturday, taking the death toll to six from recent unrest in the Muslim-majority country.

Protests began on Wednesday after footage emerged of a Koran being placed on the knee of a Hindu god during celebrations for the Hindu festival Durga Puja. The minority community makes up about 10 percent of the population.

Police said the latest violence occurred in the southern town of Begumganj when hundreds of Muslims formed a street procession. It happened after Friday prayers on the final day of Durga Puja.

More than 200 protesters attacked a temple where members of the Hindu community were preparing to perform the last rites of the 10-day festival. Local police station chief Shah Imran told this to the reporters.

The attackers beat and stabbed to death an executive member of the temple committee, he said.

On Saturday morning, another Hindu man’s body was found near a pond next to the temple, district police chief Shahidul Islam told AFP.

“Two men have died since yesterday’s attack. We are working to find the culprits,” he added.

Anti-Hindu violence spread to more than a dozen districts across Bangladesh this week. It happened after the footage emerged on social media of the Koran incident.

At least four people were killed late Wednesday when police opened fire on a crowd of around 500 people attacking a Hindu temple in Hajiganj, one of several towns hit by the disturbances.

At least 150 Hindus were injured across the country, community leader Gobinda Chandra Pramanik told AFP, and at least 80 makeshift temples had been attacked. Authorities did not confirm the figures.

Hindus have often fallen victim to communal violence in the country of 169 million.

On Friday violence broke out in the capital Dhaka and Chittagong. It prompted police to fire tear gas and rubber bullets at thousands of brick-throwing Muslim protesters.

High-speed mobile phone internet services were shut down in an apparent bid to prevent the violence from spreading.

“So far around 90 people have been arrested. We will also hunt down all the masterminds,” Home Minister Asaduzzaman Khan said.