Security under spotlight after British MP stabbed to death 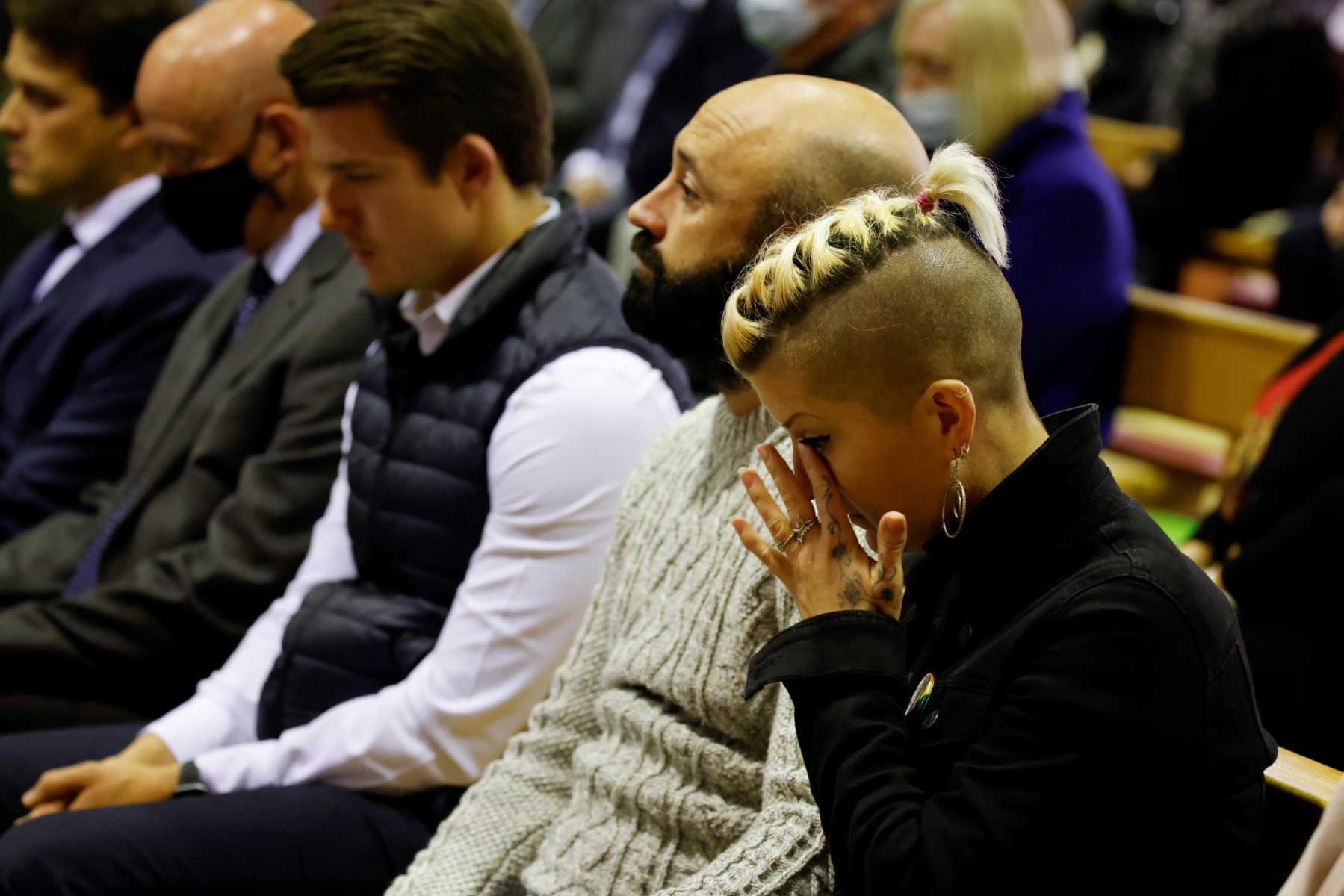 The fatal stabbing of British lawmaker David Amess was a terrorist incident, police said on Saturday. MPs pressed for tougher security in the wake of the second killing of a UK politician while meeting constituents in just over five years.

Veteran Conservative MP David Amess, 69, was talking with voters at a church in the small town of Leigh-on-Sea east of London when he was stabbed to death on Friday.

Police said they arrested a 25-year-old suspect. They are investigating “a potential motivation linked to Islamist extremism”.

Police have said the investigation is in the “very early stages”, though multiple UK media outlets, citing sources, reported that the suspect was believed to be a British national with Somali heritage.

Britain’s politicians were stunned by the highly public attack, which recalled the murder of a pro-EU lawmaker ahead of the Brexit referendum.

In June 2016, Labour MP Jo Cox was killed by a far-right extremist, prompting demands for action against what lawmakers said was “a rising tide” of public abuse and threats against elected representatives.

Cox’s sister Kim Leadbeater, who became an MP in the same constituency this year, said Amess’ death had left her “scared and frightened”.

“This is the risk we are all taking and so many MPs will be scared by this,” she added.

Home Secretary Priti Patel on Friday ordered police across the country to review security arrangements for all 650 MPs.

House of Commons Speaker Lindsay Hoyle promised no “knee-jerk reactions”. But she told Sky News: “We will take further measures if we need to”.

Labour MP Chris Bryant wrote in The Guardian that “sensible measures” were needed both in parliament, which is typically heavily guarded, and in constituencies, where MPs often hold meetings in locations such as church halls and high-street offices.

MPs and their staff have been attacked before, although it is rare.

But their safety was thrown into sharp focus by Brexit. It stoked deep political divisions and has led to often angry, partisan rhetoric.

Cox’s killer repeatedly shouted “Britain first” before shooting and stabbing the 41-year-old MP. It was outside her constituency meeting near Leeds, northern England.

A specialist police unit set up to investigate threats against MPs in the aftermath said 678 crimes against lawmakers were reported between 2016 and 2020.

Most (582) were for malicious communications, although other crimes included harassment (46), terrorism (nine), threats (seven), and common assault (three).

Separate figures indicated a sharp rise in reports since 2018, including three threats to kill.

Ex-MP Anna Soubry, who quit the Conservative party because of her opposition to Brexit, has spoken of being sent bullets during an intimidation campaign that also targeted her family.

“I do get frightened,” she said at the time.

Amess himself wrote about public harassment and online abuse in his book “Ayes & Ears: A Survivor’s Guide to Westminster”, published last year.

“These increasing attacks have rather spoilt the great British tradition of the people openly meeting their elected politicians,” he said.

MPs have had to install security cameras and only meet constituents by appointment, he added.

MPs’ staff have also spoken of bearing the brunt of abuse.

“I would get in. And all I would do is go on Facebook and report death threats and delete them,” said Jade Botterill. He worked for senior Labour MP Yvette Cooper from 2013 to 2019.

“I reckon I reported over 1,000 death threats,” she said. She adding it caused her sleepless nights and fears she would be attacked.

Brexit had been a turning point and staff working in constituency offices. Whereas, an MP was in parliament were often on the frontline of daily public anger, she added.