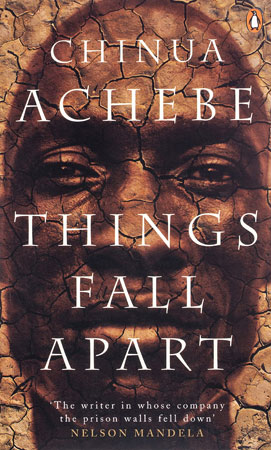 Achebe, the celebrated postcolonial writer from Nigeria, Africa, has been frequently criticised for his patriarchal stand point in his portrayals of African culture.

For example, in his Things Fall Apart, he begins his narrative with the mention of the powerful male narrative about Okonkwo, the wrestler and women seem to have been playing a not-so-significant a role in that culture. But it is not altogether true, especially when we look at the female way of educating other female children and the assertion of the moral side of education as compared to the males educated by the males in Igbo culture, we feel that the main standpoint of Achebe is that when female is given the task of educating, she can perform and influence much better than her male counterpart. Here Achebe seemingly claims to be a feminist in the context of education in his primitive society.

One example of this educational process is in the way of telling stories to the daughters by the mothers. For example, Ekwefi, the wife of Okonkwo, teaches moral education to her daughter Ezinma through the stories. These stories for example may be from the animal world or that of the human world but they always carry a moralistic element and hence the learner keeps on displaying this learning of given to her by her mother. For example, the tortoise story proves to be most effective because of the two sides of the story. The group of birds in the story who join hands and rally around to help each other is like the mutual support of for everyone. On the other hand, tortoise’s behaviour is that of a villain who would love to eat all himself without taking care of the remaining people around him. That makes the tortoise meet a bitter end and is left alone. The story, therefore, teaches the collective help and punishment for the ones who disrupt this spirit of collectivism and discourage the selfishness of the individuals. Ezinma grows into a young girl who is the best friend of her mother and that of her father as well and she upholds all moral teachings of the indigenous culture. She, in fact, provides a protective moral cover to her father as well as to the people around her.

But the same is not the case with reference to the education of the boys by the male teachers. For example, Okonkwo teacher the arts of war and the stories of the war heroes to his son Nwoye which proves altogether a failure because Nwoye is the very person who runs away from all this teaching by not becoming a warrior

But the same is not the case with reference to the education of the boys by the male teachers. For example, Okonkwo teacher the arts of war and the stories of the war heroes to his son Nwoye which proves altogether a failure because Nwoye is the very person who runs away from all this teaching by not becoming a warrior. He also displays his lack of absorption of these teachings when he leaves his father’s world and changes his religion by abandoning his indigenous one. Same is the case with Ikemefuna who, though himself a great narrator of stories but is taught by the male of his society does not prove to be a fruitful person for his society. Thus, Ekwefi proves to be a more effective teacher as compared to male teacher Okonkwo.

Not only this, Ezinma invokes and utilizes her education to understand her world better. She is the one who very quickly reaches the conclusions about her father’s missions. She understands the meanings of his father’s swords and helps him in promoting his mission to become a great man. Her father equally loves her and seeks her advice and company. He even goes to the extent of wishing that his daughter should have been a boy. Ezinma also plays the role of a counsellor for her sister Obiageli, even when both are of the same age. She stands by her father when he remains in exile for seven years and follows the dictates of her father and not only feels a pride about herself but also wishes to protect her father’s pride. She earns her significance within the men of the society that her father advises her not to marry a man who is not worthy of her. In a society like that of the Igbo people, a girl’s success as an upright being and upholder of the moral traditions of her family and society is a proof of the good and effective education provided by a female, her mother Ekwefi.

On another occasion, Ezinma upholds her moral teachings when she finds the news of her father being imprisoned and was about to be hanged. Just after 28 days of her marriage, Ezinma suspends her marriage celebrations, festivities and bliss and arrives at her father’s home by putting aside the traditional challenges for a woman. She takes part in the whole activities and tries to fulfil her role which actually was to be initiated by the boys or the male members of the society. Ezinma’s portrayal of character by Achebe shows that he believed in the fact that if a society needs to inculcate healthy and moral values among its people, the task of teaching should be left to the females of the society.

The writer is a professor of English at Government Emerson university, Multan. He can be reached at zeadogar@hotmail.com and Tweets at @Profzee