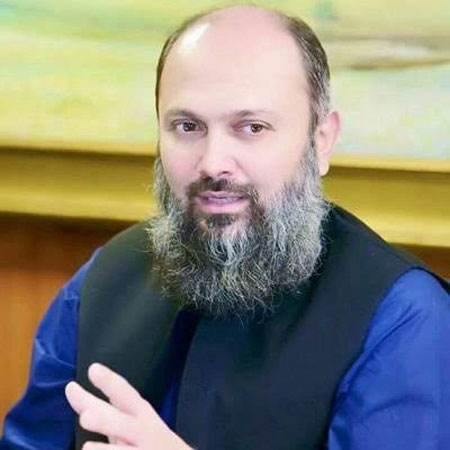 The Balochistan Assembly speaker and disgruntled members of the Balochistan Awami Party (BAP) said on Friday that a no-confidence motion against Chief Minister Jam Kamal Khan Alyani would be presented in the assembly on October 20.

This comes a day after the CM met Prime Minister Imran Khan and expressed faith that a no-confidence motion filed against him by his own party members would fail.

Balochistan Assembly Speaker Mir Abdul Quddus Bizenjo, while speaking to the media in Quetta, said the no-trust motion would be presented on October 20 and a vote on it would “reveal with whom the majority stands”.

“If Jam Kamal is willing to contest [us], he may go ahead,” the speaker remarked. He added that after the no-trust motion, efforts would be made to unite members of the BAP.

Bizenjo said that the Pakistan Democratic Movement, an alliance of opposition parties, did not play a role in the decision to move the no-confidence motion, adding that those supporting the move would not change sides.

On Alyani claiming to be the party head, he said the chief minister had resigned as the BAP chief and after the appointment of an acting party president, his decision to retract his resignation “could not be justified”.

He further stated that attempts were being made to “create a misleading political situation in Balochistan”.

Mir Zahoor Ahmed Buledi, who has been appointed as the acting BAP chief, also spoke to the media and said that Ayani had left the party’s presidentship of his own will. “Legally, he is no longer the party president,” he added.

On the other hand, Alyani berated the Balochistan Assembly speaker for not remaining impartial.

In a tweet, he said: “I would strongly suggest to [Bizenjo] to realise his oath as [the] speaker of the parliament, where his responsibility [is] to conduct himself … [in an] impartial [manner] as [the] speaker and the grace of the seat [should] be preserved.”

Earlier, Balochistan Home Minister Mir Zia Ullah Langau also said there was no danger to the Alyani government and that the chief minister had the majority’s support.

On Thursday, the Balochistan chief minister had met with Prime Minister Imran Khan at the latter’s office in Islamabad to discuss the situation in the province.

Speaking to the media after his meeting with the prime minister, Alyani had claimed that the no-confidence motion against him will not succeed. “It will be good if voting is held [on the motion] so that the situation becomes clear,” he had said, according to a government handout. Although he had refused to divulge the final date for the vote, he said it would take place in the next three to four days.

The motion was signed by 14 disgruntled members of the BAP and allied parties, including BAP Chief Organiser Mir Jan Mohammad Jamali, Mir Naseebullah Khan Marri of the Pakistan Tehreek-i-Insaf, who was sacked as health minister by Alyani two years ago, Mir Asadullah Khan Baloch of the BNP-Awami and Laila Tareen of the Awami National Party.

Disgruntled BAP members had decided to file the motion following the expiry of a 24-hour ultimatum given to Alyani by the members of his own cabinet and other lawmakers to resign.