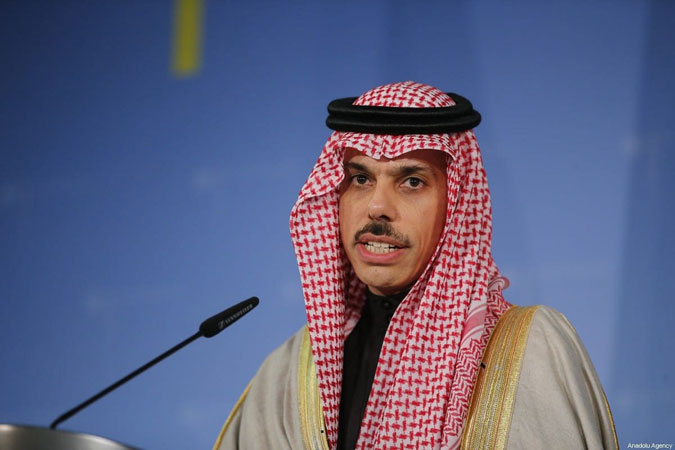 The Saudi foreign minister said his country is serious about talks with Iran, a development seen as a signal to repair relations between the two rivals. In an interview with British newspaper The Financial Times published on Friday, Prince Faisal bin Farhan said: “We are serious about the talks. For us, it’s not that big a shift. We’ve always said we want to find a way to stabilize the region.”

The Saudi minister said the talks with Iran have been “cordial,” and described the negotiations as “exploratory.” The publication quoted another unnamed official as saying that it is considering an Iranian request for it to open its consulate in Jeddah, but the talks have not made enough progress to restore full diplomatic relations.

According to the paper, the kingdom has held four rounds of talks with Iran since April, including a first meeting last month with the government of President Ebrahim Raisi. Earlier this week, Iranian Foreign Minister Hossein Amir Abdollahian said his country “has started new talks with Saudi Arabia” on Yemen.

In an interview with the American channel CNBC, Abdollahian said Iran has always believed that the solution to the Yemen issue lies in the political path.

The two countries severed diplomatic ties in January 2016 following an attack on the Saudi Embassy in Tehran after Shia cleric Nimr al-Nimr was executed by Saudi authorities. Relations between the two rivals deteriorated further after Iran in September 2016 accused Saudi authorities of deliberately causing the deaths of around 400 Iranian pilgrims in a 2015 stampede in the Muslim holy city of Mecca.

The two sides have since been engaged in a strong regional rivalry, often accusing each other of waging a proxy war for regional influence.