How has the team prepared for the pitches in the UAE?: 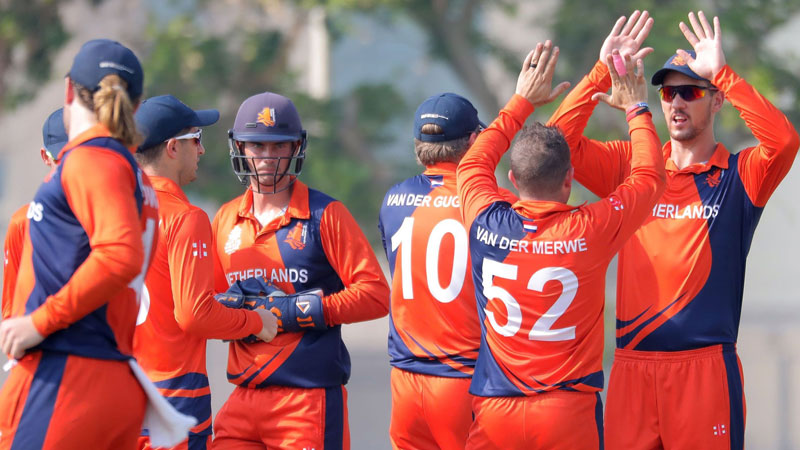 THE HAGUE: The Netherlands open their assault on the T20 World Cup next Monday against Ireland. Both team coach Ryan Campbell and captain Pieter Seelaar have high hopes for the little associate country, known for punching above their own weight and upsetting some big name teams — just as they did in 2009 when they stunned England at Lord’s. Here they answer six questions on the Dutch campaign:

How do you rate the Dutch team’s chances?:

“Hopefully really good,” said Campbell. “We bring a really well-balanced side. I think this squad has a number of great assets including our fast bowlers who proved so successful at the qualifiers in 2019. In saying that, I believe our greatest strength is our adaptability. We have players who can bat 1-9, which will also provide us with six or seven bowling options at any given time. I believe in T20, you have to have these options if you are to be successful.”

“We are always the underdogs unfortunately as world cricket isn’t on a level playing field,” Campbell told AFP. “We all know that full members have massive cash and assets at their disposal. But we never look at it that way, we just see it as an opportunity to upset the big guys. The players see it as a great challenge as well as a chance to pit themselves against the best players in the world.”

How has the team prepared for the pitches in the UAE?:

“Before we left we had a camp in the Netherlands and one of the groundsmen at VCC (Voorburg Cricket Club), Tom de Grooth did a great job in preparing some wickets that were turning and not bouncing as much as what you would normally be used to,” said Campbell. “We’ll work hard on our spinners obviously and we will make sure that they get their lengths right and their pace right which is really important here.”

“Arguably the biggest thing is the professionalism,” said captain Pieter Seelaar. “In 2009 we were just happy to compete. Now we’re actually looking to win games. With us playing in the Super League, now performing here at the World Cup, I would like to see the Dutch cricket team much more respected by the full members (of the ICC),” the Dutch captain said. “We’ve been a top member in associate cricket for as long as I can remember. We want to take it to the next level and get the respect from the full members.”