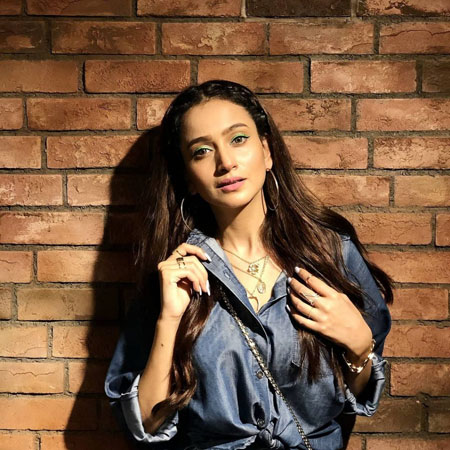 Actor Zarnish Khan has given a befitting response to social media trolls who make fun of her fellow-actor Meera’s English speaking skills.

It did not sit well with the ‘Sun Yaara’ star and she gave a strong reply to all those trolls. She added that being anonymous on the internet world does not give the right to make fun of others.

Zarnish Khan added that enough was enough and all those people, who post such memes and shares cut-out videos just to make fun of her, find it difficult to speak their mother tongue themselves.

“Just because you can hide behind the anonymity of the cyber network, doesn’t give you a right to make fun of other people,” the celebrity wrote.

She asked that whether not being able to speak correct English was a crime.

“How well do you know this language? Are you ready for an open challenge? I bet you aren’t!” she added.

Zarnish Khan has told the netizens to stop being shallow in this regard.

The actor has been in the news almost all the time for her slips and linguistic skills. She found herself in sticky situations every now and then.