Saif has witnessed a change in Taimur after Jehangir’s birth 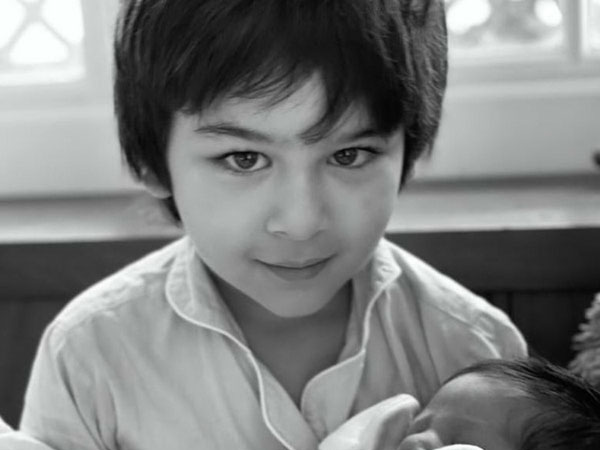 The ‘Bhoot Police’ actor Saif Ali Khan recently spoke about the change he’s noticed in his elder son Taimur Ali Khan with Kareena Kapoor after the birth of his youngest Jehangir Ali Khan.

In a conversation with a leading daily, Saif divulged that Taimur had transformed into a more responsible child after Jeh’s birth since he’s not the younger one anymore. He also joked about how he’s afraid that the two brothers are going to disrupt their peaceful and quiet lives.

He told Hindustan Times, “There is definitely a change in Taimur… he was the younger one and now he isn’t anymore. He is interested in zombies and armies and he makes his brother laugh a lot and usually loud things. I think we are going to have our hands full. I am quite frightened as to where the peace and quiet portion is going to go with two boys.”

The actor also opened up on his experience with the first lockdown and enjoying downtime with his family.

“The first lockdown was like that. We are luckily very sorted people. My family is quite balanced, we have lovely children here.

We can cook and listen music and read books and be okay like that also, but we much prefer our normal lives working, and balancing it ourselves,” he revealed. Saif Ali Khan recently starred in the horror-comedy ‘Bhoot Police’ which is streaming on Amazon Prime. He will next be seen in ‘Bunty Aur Babli 2’ alongside Rani Mukerji.