Shamita apologises to Miesha Iyer, offers shoes to her 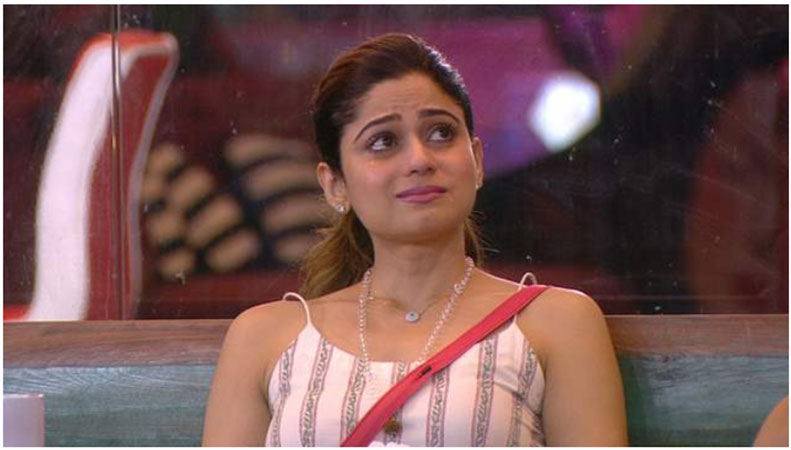 Fans have been singing high praises of Shamita Shetty after witnessing her soft side on the latest episode of Bigg Boss 15. In the episode, Shamita had destroyed Miesha Iyer’s footwear which left Miesha distraught and in pain. The reality show star confided in Pratik Sehajpal and revealed that she doesn’t have any family to send her essentials to the Bigg Boss home as both her parents had passed away. It appears Shamita wasn’t aware of this fact and asked Pratik to explain why Miesha was upset and what she meant by the previous statement.

Pratik explained to Shamita that Miesha had lost both her parents. This revelation brought tears to Shamita’s eyes and she asked Pratik to call her in as she wanted to offer her a pair of shoes from her collection.

Shamita tells her, “I’m so sorry I didn’t know. Please choose one pair of sandals, whichever colour you like.”

Miesha says, “I’ll take it when I want it because I’m not allowed right now. And I’m sure my shoes are not as expensive as yours.”

Fans were quite smitten by her act of kindness and so was her rumoured beau Raqesh Bapat as he took to Twitter to praise her. In the previous episode of Bigg Boss 15, Pratik broke down after Jay Bhanushali hurls abuses at him while defending himself for Shamita’s bruises.

Pratik, who got an emotional breakdown, is seen hurting himself and crying inconsolably. Karan, Shamita and Vishal were seen trying to console him, however, Pratik said that he is ready to walk out of the show as he can’t stand abuses on his mother.

Last week, Sahil Shroff was evicted from the house and now there are 15 contestants competing to win the trophy.