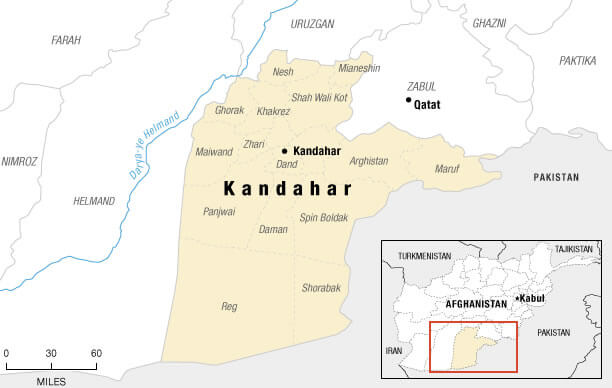 On Friday, amidst the political kerfuffle in Afghanistan, three deadly explosions hit a minority mosque in the southern Afghan city of Kandhar, leaving at least 25 people dead and over 20 wounded.

“Several wounded have been brought to our hospital,” a doctor in the city’s central hospital told.

The cause of the attack was not identified immediately, but it has been a week after a suicide bomb attack on minority worshippers in the northern city of Kunduz, that was claimed by the Islamic State group.

Eyewitness say that three explosions were observed, one at the main door of the mosque, another at a southern area, and a third where worshippers wash themselves.

On the other hand, Interior ministry spokesman Qari Sayed Khosti has tweeted: “We are saddened to learn that an explosion took place in a mosque of the Shiite brotherhood in the first district of Kandhar city in which a number of our compatriots were martyred and wounded.

“Special forces of the Islamic Emirate have arrived in the area to determine the nature of the incident and bring the perpetrators to justice.”

According to sources, the mosque was full of people at the time of the explosions, and at least 15 ambulances reached the scene.

While Russian news agency Sputnik reported that at least 25 people were killed and over 20 injured in the blasts.