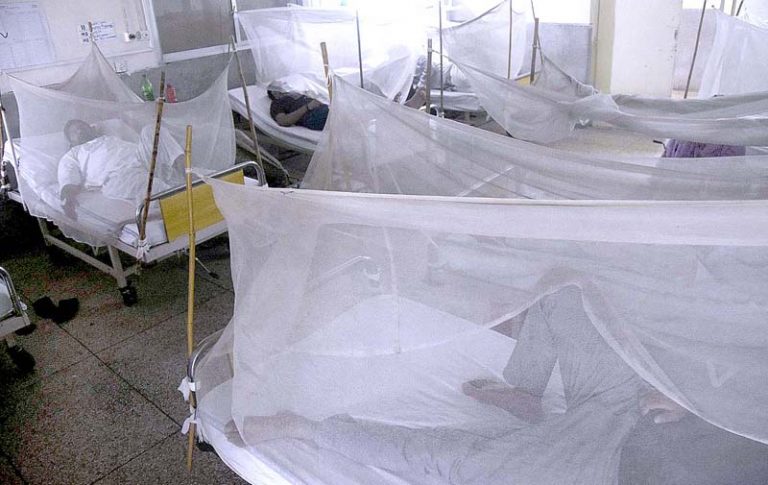 ISLAMABAD: Director General (DG) Health Islamabad Dr Hassan Urooj said on Friday that anti-dengue drive in Islamabad was continuing successfully where all out efforts were being made to create awareness among masses about prevalence, treatment and prevention of dengue.

“The dengue virus can only be controlled with joint efforts of local community and public awareness through social media platforms”, he was speaking at a PTV News programme.

He said the capital administration has already been taken all possible steps to control spread of dengue virus.

Ministry of Health had also published and distributed thousands of pamphlets among the masses as part of its mass awareness campaign, he added.

DG Health also encouraged school students to become “dengue warriors” and create awareness about a campaign run by the ministry to tackle the vector-borne disease, adding that children in schools were on daily basis are attending ‘zero period’ in which they were being informed about the dengue prevention measures.

DG Health asked the masses to take some responsibility and cooperate with the administration in controlling the spread of dengue virus, adding that with change in weather the overall dengue cases are on decline in the federal capital.