Dozens of students get 100% marks in Inter Annual Examinations 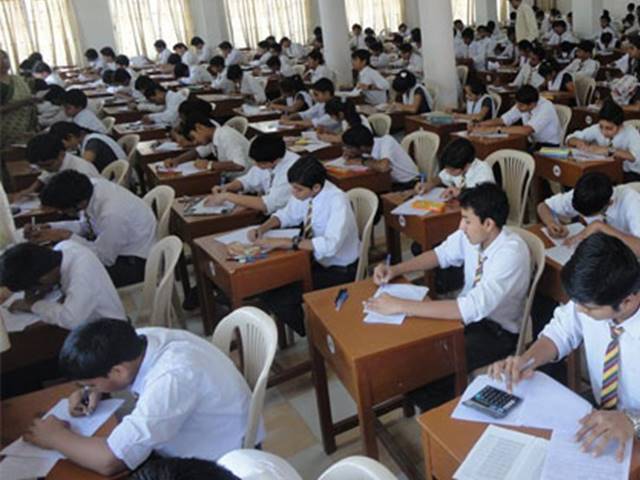 LAHORE: On Thursday, after the BISE announced the intermediate Annual Examinations result, dozens of students secured 1,100 out of 1,100 marks.

According to the new policy, marks obtained in optional subjects were reflected in compulsory subjects with 5% additional marks. This led to maximum marks i.e. 1,100 out of 1,100 marks in some cases.

Following the promotion policy approved by the provincial cabinet, all candidates who failed in any subject were awarded 33% marks. Therefore, the overall pass percentage was over 98%. The rest of the 2% candidates had not appeared in the exams.

A review of the results declared by the BISE Lahore showed that an overall 98.71% of students were declared successful in the exam.

As per the recently-approved promotion policy, no candidate of BISE Lahore was declared to have failed like the rest of the eight boards of Punjab. The remaining almost 2% of candidates who did not appear in the exam were those who could not move into the next class as per promotion policy.

BISE Lahore Chairman Dr Mirza Habib Ali while announcing the results said that no position holders would be announced as the board had followed the promotion policy.

Answering a question, he said that since no one had access to the result data till Thursday evening only simple insights could be shared with the media.

On the other hand, the intermediate exams were held under special circumstances this year because of the COVID-19 pandemic, under which candidates had appeared in optional subjects only.