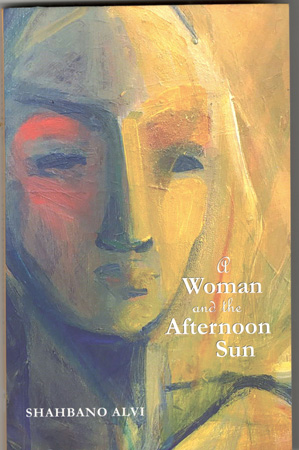 “Shahbano’s narratives shifts from a split screen technique – juxtapositions, stories within stories and as observed earlier, lives chronicled by a sympathetic but detached observer – to an unblinking exploration of individual consciousness,” writes Aamer Hussein in the foreword of A Woman & The Afternoon Sun.

A cascade of feelings emerges from the depths of each story. The characters could be a part of Shahbano’s thoughts or would have stemmed from her life’s observations and experiences. The readers may think of the characters as someone they know. These stories present a world of their own. Interestingly, she has also used animals as the protagonists. For instance, the little brown bird is a story shown from the point of view of a bird, who is fond of its owner. A day comes when the owner stops taking care of the bird – an event that perplexes the bird. The story ends with these lines: “But she never saw her friend again and the flowers never seemed the same again.” The emotional connection between the bird and the owner can be felt with seriousness. Shahbano shows this link with finesse.

Any writer’s greatest victory is to create stories that are compelling and memorable. The reader may feel excitement when reading a book but the characters and the plot may fade away from the readers’ memory. A Woman and the Afternoon Sun has some stories or some moments that may remain in the readers’ memory. It is not the character or the plot but how the story is narrated. Take for instance the story A tiny white rose. It begins with these lines: “I was a kitten when I entered their lives.” The curiosity to know what happened to the kitten and who were its owners increases with each passing word. Authors also use the hook strategy to attract the readers’ consciousness and Shahbano has the acumen to do so. Another writing strategy is that of “show, don’t tell”. Shahbano has used this on a few occasions. In the story, Shadows, she writes: “White sand particles catch the rays of the sun, playfully bounce them back, making the beach glitter like a huge white sun.”

Literary icons have shared their thoughts about the book that appears on the back cover. Aamer Hussein says that “Her fictions are brief; her voice is quiet, though often deceptively so.” Muneeza Shamsie writes “This is a collection of short stories, which sets out to explore complex emotions” and Asif Farrukhi says “There is freshness in her work.”

Shahbano’s stories also explore social issues such as marriage, terrorism, and trauma, identity, belonging, and trust among others. Some stories are shorter than others and end when you might think something else will happen. But this is also how life is – it presents varying moments and episodes of alternating lengths and intensities.