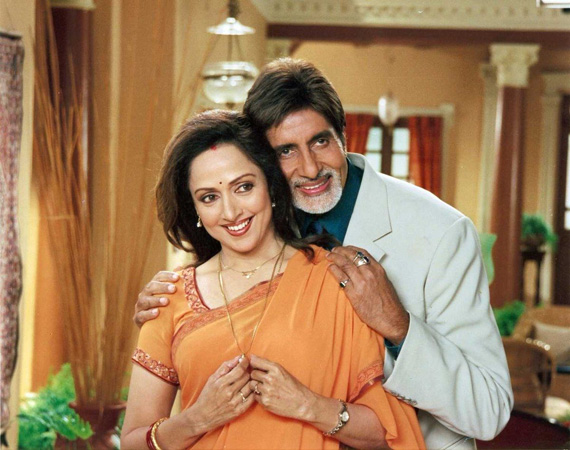 Bollywood megastar Amitabh Bachchan, who has returned as the host of ‘Kaun Banega Crorepati 13’ on Indian television, is all set to have a mini-Sholay reunion tomorrow (Friday).

In this week’s Shandaar Shukarvaar, actress-turned-politician Hema Malini and filmmaker Ramesh Sippy will be seen taking the hot seat. Fans are super elated to see the stars revisiting the iconic film ‘Sholay’ and sharing anecdotes from the sets.

Meanwhile, a promo of the episode has grabbed the attention of viewers where a hesitant host Amitabh Bachchan is seen expressing his curiosity to know what women carry in their tiny clutch. Hema leaves the superstar speechless with her answer.

“Hema ji, I wanted to ask that many times we see women carrying a hand clutch in their hands when they leave the house…,” says Amitabh as he stops to think, and Hema interrupts him and says, “What’s in my clutch.”

“Yes! that’s what I wanted to ask you,” says Amitabh as he continued, “It is so small, what all can you fill in it?”

“Compact, lipstick and very little money,” Hema said. “But you dress up when you leave your house, why do you need a compact and lipstick,” a curious Amitabh asks Hema. “Thoda touch karte rehne ka (We need to keep touching it up),” replies Hema, leaving Amitabh speechless.

Speaking of ‘Sholay’, which is touted as one of the most loving films of Indian cinema, the film was released in August 1975 and starred Amitabh Bachchan, Dharmendra, Hema Malini, Jaya Bachchan, Sanjeev Kumar and Amjad Khan in pivotal roles.