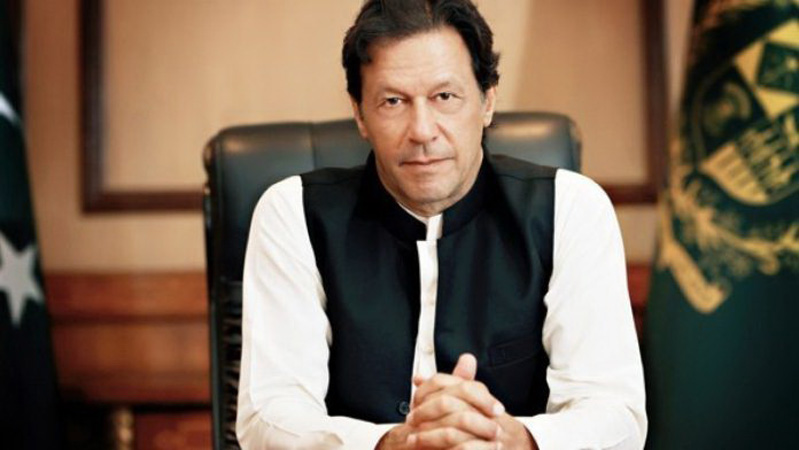 Prime Minister Imran Khan Wednesday, while emphasizing continued close coordination between Pakistan and Iran including through the platform of six neighboring countries of Afghanistan established last month, stressed that the two countries have direct stake in peace and stability in Afghanistan.

Pakistan wishes to see a peaceful and stable Afghanistan with sustainable economy and promoting connectivity, Imran Khan said as he received Major General Mohammad Bagheri, Chief of General Staff of the Armed Forces of Iran. Sharing Pakistan’s perspective on the latest developments in Afghanistan, the prime minister underscored that the international community must remain positively engaged, provide urgently needed humanitarian assistance, and take steps to prevent economic collapse. He also stressed the need for unfreezing of Afghanistan’s financial assets to help support the Afghan people at this critical juncture, especially before the onset of the winter.

The prime minister welcomed the visiting dignitary and highlighted upward trajectory in bilateral engagement between Pakistan and Iran. He recalled the meeting with President Raisi in Dushanbe on the margins of Shanghai Cooperation Organization (SCO) Summit, which had imparted further impetus to bilateral cooperation.

The prime minister underscored Pakistan’s commitment to enhance closer bilateral trade relations as well as enhanced economic and energy cooperation. He described the Pakistan-Iran border as a border of ‘peace and friendship’, and underlined the importance of steps taken for enhanced security on both sides.

The prime minister also noted agreement on the establishment of Border Sustenance Markets and stressed that the operationalization of these markets would facilitate livelihood in the region. The opening of two additional border crossing-points in the last one year had further facilitated regulated movement on both sides, he added.

The prime minister appreciated Iran’s steadfast support on the Jammu and Kashmir dispute, especially by the Supreme Leader, adding that Kashmiris looked forward to Iran’s strong voice in support of their just cause. Imran Khan conveyed cordial greetings for President Raisi and renewed his invitation for him to visit Pakistan.

Separately, Prime Minister Imran Khan directed the authorities concerned to remove all the legal and procedural obstacles in the way of Gilgit-Baltistan’s development projects. A statement issued by the Prime Minister’s Office said that the premier chaired a meeting to review the progress of the integrated development plan for GB. “We are focused on accelerating the pace of work on various development projects in Gilgit-Baltistan by taking effective measures to ensure delegation of administrative and financial powers,” Imran Khan said.

The statement said that the authorities were directed to ‘clear all legal and procedural hiccups in this regard to facilitate the people of Gilgit-Baltistan who have to travel long distances to reach Islamabad for getting their issues resolved’. He also ordered the provision of internet connectivity to the area at the earliest to cater better communication facilities to the local population.