Everyone must stay within constitutional limits: Fazl 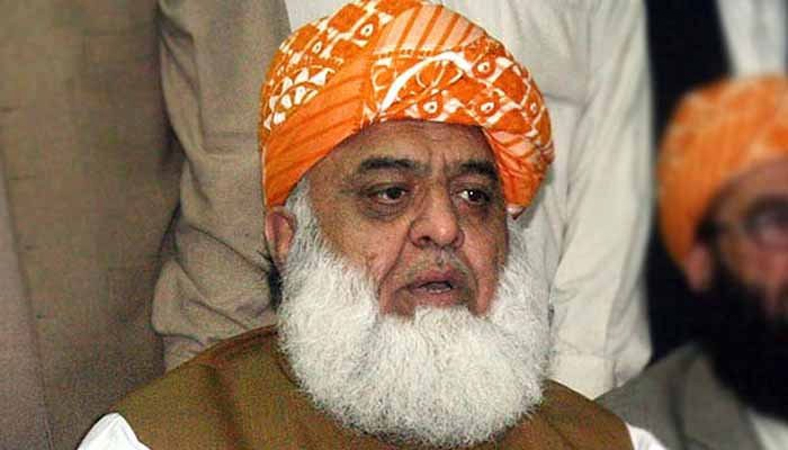 Jamiat Ulema-e-Islam (JUI-F) chief Maulana Fazlur Rehman on Wednesday said everyone should remain within their constitutional jurisdiction, adding that Prime Minister Imran Khan has destroyed institutions in the country. The head of the Pakistan Democratic Movement (PDM) visited the house of late nuclear scientist Dr Abdul Qadeer Khan along with Senator Talha Mahmood to offer condolences to the family. Speaking of the military, he said army is an organised institution and is the ray of hope for the people. He said the prime minister took a stand ignorantly on a ‘wrong thing’. “A lieutenant general is a subordinate to the army chief,” he maintained. Fazl said the prime minister should not interfere to an extent where the system is affected. He said the difficulties in the scope of the constitution are due to the fact that the army has interfered in the parliament and someone else has interfered in the work of the army. Talking to media, the PDM chief said that the current government is looting the country. “Our position is that we want to liberate the nation from the selected rulersm” he said. “But, we have to get out of the current situation wisely as the situation is fast changing,” her added.