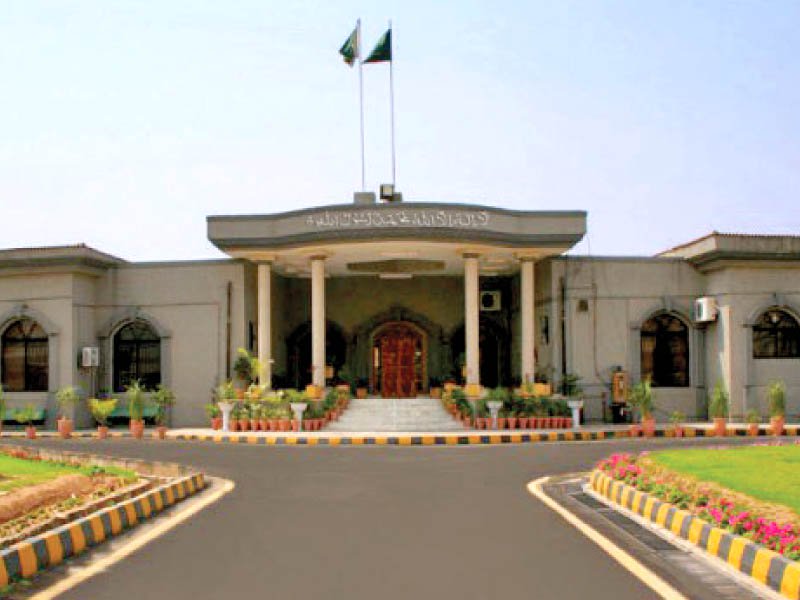 The Islamabad High Court (IHC) on Wednesday sought arguments from National Accountability Bureau (NAB) on November 17 on the questions raised by Maryam Nawaz’s lawyer in her acquittal plea in Avenfield property reference. The court termed that it would put arguments both in accused appeal and petition together as they had same prayers. A division bench comprising Justice Amir Farooq and Justice Mohsin Akhtar Kayani heard the miscellaneous appeals of Maryam Nawaz and her husband Capt (r) Safdar. Giving arguments on maintainability of the fresh petition of Maryam Nawaz, Irfan Qadir Advocate said there had been several incidents which have raised questions on the trial. He said the court should decide their new application on merit. We were not going into technicality, he said. The court asked what grounds have you adopted for merit in the application. The lawyer pleaded many things come in front of court in continuity and the court should also take notice of these. He would try to point out the irregularities to the extent of the case. The court said that first of all you should give arguments on the admissibility of the petition. Maryam’s lawyer said legal procedure was not implemented when the reference was filed. Justice Kayani said we could exercise section 561-A more. Irfan Qadir said 561-A would be in very unusual circumstances, if the court considered it as additional ground then the court should decide it. Justice Mohsin Akhtar Kayani said the bench couldn’t say that the decision of 561-A would be different and verdict in criminal appeal would be different.

Justice Amir Farooq said the petitioners were seeking acquittal in both cases, therefore both would be decided. Irfan Qadir Advocate read out the charge sheet on the accused in the Avenfield reference. He said Sharif family was very rich even before Nawaz Sharif came into politics. On the basis of the trust deed, it was said that Maryam Nawaz was the beneficial owner of the properties. However no proof of this had been presented in the court, Irfan Qadir pleaded. There was no document of Nawaz Sharif or Maryam Nawaz regarding the ownership of Avenfield Apartments was produced. Besides Nawaz Sharif, Shahbaz Sharif, Abbas Sharif and at the top there was Mian Muhammad Sharif then how this case was made a case of public office holder. On a query of the bench, Deputy Prosecutor General NAB Sardar Muzaffar Abbasi said these apartments were bought through Offshore Company Nelson and Nescole. Justice Amir Farooq said that how the appellants had link to these offshore companies? Advocate Irfan Qadir said that the decision was taken against Nawaz Sharif over the flats in London. The verdict was passed against Maryam Nawaz, Captain Safdar, Hassan Nawaz and Hussain Nawaz as well. How these Sharif family’s members were charged for misusing of powers, the lawyer asked.

Justice Kayani inquired about the principal documents of the apartments and asked whose names were in these documents? Justice Farooq said that if the trust deed was asked, there would be some documents.

NAB prosecutor Sardar Muzafar Abbasi argued that in response to the MLA, Maryam Nawaz was declared the beneficiary owner. The trust deed document was available on page 1380 of Volume 12. He said these were four apartments and their title documents were available.

The court said these documents belong to the company, how the company was linked to the applicants. The prosecutor said the companies were registered in the British Virgin Ireland. In 2004, a law was passed in the UK stating that no company could conceal beneficiary’s ownership.

He said Maryam Nawaz’s new application was not maintainable. After the new law came into force in 2004, attempts were made to legalize property through trust deeds. The bench remarked it have to see what was on the record and what the prosecution has proved.

The lawyer said that Captain (r) Safdar had no role but he was also made an accused. He said he would also tell the court about the trial and post-trial proceedings. There were strange facts that the court may acquit his clients this day based on them. Irfan Qadir contended that avenfied apartment reference was not filed by the Chairman NAB. If he had filed this then he couldn’t do it in accordance of the verdict of the top court. On a query, the lawyer said ex-chairman NAB Qamar Zaman Chaudhry was barred by the apex court from exercising his powers. According to the law, if the chairman didn’t file a NAB reference, the court couldn’t fix it for hearing.

If a new chairman NAB was appointed, he could have filed a reference. Irfan Qadir further stated the top court itself directed to file references against Nawaz Sharif. The apex court itself couldn’t use the power of the Chairman NAB, he added.

Irfan Qadir Advocate said in matter of assets beyond source of income only one reference should have been filed but three separate cases were made.

The lawyer said if the bench assured that Nawaz Sharif wouldn’t be arrested on return and would be heard properly then he might be back. Maybe his client was not agreeing with him, he said. The court adjourned the hearing till November 17, directing NAB to give arguments in response to the questions raised by Irfan Qadir on next hearing.

Meanwhile, the IHC has fixed the NAB’s appeal for hearing for Thursday seeking cancellation of bails of Maryam Nawaz and her husband in Avenfield property reference. A division bench comprising Justice Aamer Farooq and Justice Mohsin Akhter Kayani would take up the case for hearing. The NAB had adopted the stance in its appeal that the accused had been misusing the bail facility and were involved in hate speeches against the bureau.