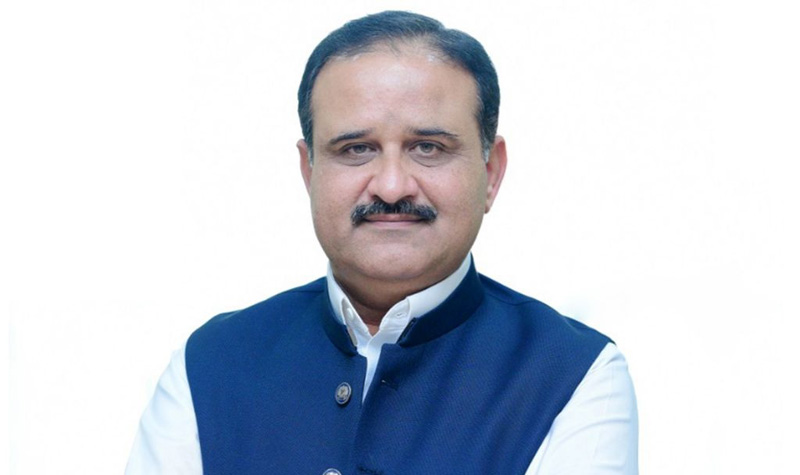 The protection of prisoner’s human rights would be ensured along with the transformation of prisoners as useful citizens of the society. They were not despicable as only crime was worth hating, he said and announced 60 days remission in the sentences of prisoners with regard to Eid Milad-ul-Nabi (PBUH).

Addressing a ceremony at the Kot Lakhpat Jail, he said prisoners would also be allowed to have mattresses, blankets and pillows while geysers would be installed in all jails in winters. Alongside, news and entertainment channels would be aired through cable networks on LED TVs, he added and disclosed that air coolers, exhaust fans, LED lights and additional fans would be installed in jails to save inmates from harsh weather conditions.

Similarly, every prisoner will be given a monthly amount from sale of manufactured products with the cooperation of industries. Poor and juvenile inmates would also be provided facility of public call office for making contact with their families and female prisoners would be provided all necessary facilities and their children up to the age of six years would also be given education, recreational facilities besides establishing day care center.

The CM said nutritional needs of the children would also be focused and juvenile inmates protection would be ensured and no one would be allowed to exploit them.

Sports and other recreational facilities would also be arranged with the collaboration of Punjab Sports Board and Punjab Prisons Foundation.

Similarly, education for inmates would be provided with the collaboration of Punjab literacy department and national commission for women development. Health Department would establish medical camps every month in all the prisons of Punjab and best treatment facilities would also be provided in hospitals of prisons and vacant posts of doctors and other staff would be filled, he added. Doctors would also get special allowance with their salaries, ambulance for every prison to shift the inmates in case of emergency would also be provided, he maintained.

All the prisons gradually would be shifted on solar energy to overcome the problem of load-shedding and power outages.

The CM said a comprehensive system was being devised for the payment of challan and Diyat every year in the Holy month of Ramazan so that inmates involved in petty cases could be benefited. Similarly, poor and orphans would be extended free legal aid with the cooperation of law and prosecution department.

The CM said a parole committee had been constituted for ensuring measures for the release of old handicapped and ailing inmates so they could also be benefitted.

CM Usman Buzdar said additional barracks would be constructed keeping in view the number of inmates in all prisons and steps were being taken to facilitate the inmates for meeting with their families and relatives. He said quality food items on fixed prices would be ensured in jails’ canteens as it was a bad practice to overcharge the inmates in those canteens, adding we were changing that culture so they could get quality items at fixed rates. He announced to change timings of lunch and dinner in prisons for facilitation of inmates. Service structure of the jail staff had been given special focus and pay package had also been given to the jail staff during Ashra-e-Shan-e-Rehmat-ul-lil-Alameen. The CM also announced prisons security allowance equivalent to one additional basic pay costing 2.7 billion rupees on this package.

He gave approval to upgrade the posts of jail warden, head warden and chief warden which would cost 92 million rupees.

The CM also announced to give two prison vans to every jail and provision of 72 vans would cost Rs.914 million. The existing 287 prison vans were being repaired and fans, exhaust fans and new seats were being installed in prisons vans costing an amount of 1717 million rupees.