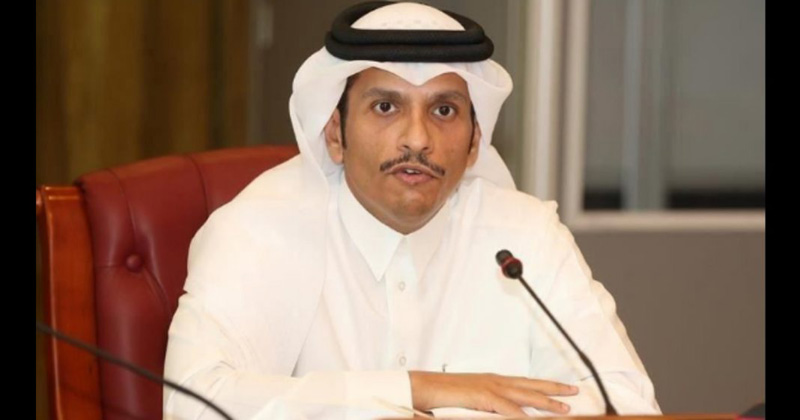 In 2017, Saudi Arabia and its three Arab allies imposed a land, air and sea blockade on Qatar, accusing it of, among other things, supporting terrorist groups and being too close to Iran, the allegations Doha has consistently denied.

The four nations agreed to restore full diplomatic and trade ties at a summit of GCC member states, including the other two members Kuwait and Oman, in Saudi Arabia earlier this year.

Speaking on Wednesday at the Global Security Forum held in Doha, Qatar’s top diplomat said there was a need to find “the means for preventative diplomacy”.

“We need to find a way to prevent our countries from being in such a crisis again,” he said.

He added that Qatar considered Iran “part of our region” and urged GCC’s engagement with Tehran.

“Engagement [with Iran] is important for all of us as the GCC countries,” said Sheikh Mohammed. “Our aim is to achieve a regional security understanding between the GCC and Iran.

“Iran is our neighbour, a player in our region, we cannot change geography. Our disagreements can be resolved around a table, they can’t be resolved by confrontation.”

Speaking about Qatar’s possible role in reviving Iran’s nuclear talks with world powers, he said: “It is in our interests to see the nuclear deal with Iran back in place and to see that there is no risk of a nuclear race in our region.”

“We are going to provide any support needed by all parties. We are talking and engaging with Iran, encouraging them and the US to go back to the deal,” the FM said.

“We have managed to contain several situations from exploding. Qatar will continue with this role because it is in our national interest. Iran is our neighbour, we share borders, water, gas fields … we need to see Iran flourishing and being an active, positive player in our region.”

The Qatari official revealed that ties between Doha and Washington experienced some “hiccups” during President Donald Trump’s tenure because of “some personalities over there and some misunderstandings” but added that relations have since improved.

“We have continued growing our relationship even during President Trump administration, even during the crisis,” he said, adding that Qatar stood with its allies during the recent Afghanistan evacuation crisis as it assisted with logistics.

Meanwhile, Sheikh Mohammed said again that abandoning Afghanistan following the Taliban takeover would be a mistake “no matter who is leading the government”.

“We have been saying from the beginning that an isolation will never be an answer and when we are talking about engagement, that is needed with whoever is governing Afghanistan because abandoning Afghanistan will be a big mistake,” he said.

Following the fall of the previous government, Qatar, earlier this week, hosted the first face-to-face talks between the United States and Taliban representatives.

“Our aim is finding a way forward, because we cannot leave it as it is and we cannot just wait for steps to be taken by the Taliban.

“I believe the international community have a responsibility to direct those steps, to have a clear road map in dealing with the situation over there.

“From our perspective, it is very important to provide guidance for them [the Taliban] … rewarding each positive step they are going to take and not just to talk about penalising the negative steps. This will create an incentive for progress.”

Sheikh Mohammed reiterated Qatar’s position that recognising a Taliban government was not a priority but engagement with other countries was important.

“The issue of recognition … it is not a priority. We recognise countries, we don’t recognise governments. As long as there is a country called Afghanistan and there are Afghan people, we need to deal with that situation despite the government which is in power.”