Frosty relations between Pakistan, US likely to begin: Asad Majeed 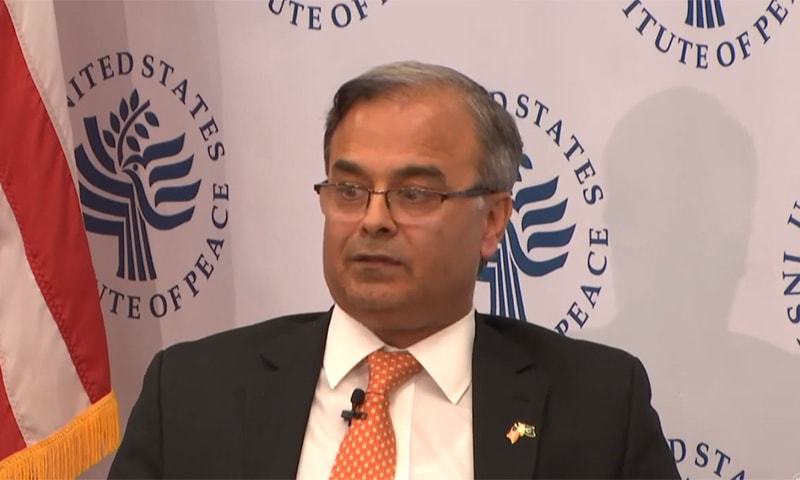 WASHINGTON: On Wednesday, Asad Majeed, Pakistan’s Ambassador to the United States, has said it seems that now Islamabad may not enjoy the cordial relations as it once did with Washington.

“To expect relations between Pakistan and the US to once again return to what they used to be in the past will not be a realistic approach,” he said.

“At the moment, the Biden administration is facing a lot of criticism in the US,” said Majeed, adding that “Even the American media is criticizing Washington’s Afghan evacuation policy.”

Majeed maintained that Pakistan has strong bilateral coordination with China. He further said that the US is an important partner of Pakistan, adding that Islamabad will try to maintain an equitable approach between both countries.

While answering a question, the envoy said news reports and analyses did not reflect the policies.

“Countries take independent decisions to protect their interests,” he noted. “We are protecting our interests and will continue to do so. The US does the same,” he added.

He said wherever Pakistan and America’s interests aligned, people will observe both countries moving forward in their relations.

Pakistan, US relations after Taliban’s takeover

After the Taliban’s takeover of Afghanistan, ties between Pakistan and the US seem to be tensed.

In a recent interview with the Middle East Eye, PM Imran Khan spoke about not receiving a call from the US president.

When the interviewer said that he was “absolutely astonished” that the two heads of states had not yet spoken, PM Khan had said:

“Well, our security chiefs have spoken. Our foreign minister has been in touch with the US foreign secretary. But no, we haven’t spoken, but we are in touch,” he had added.