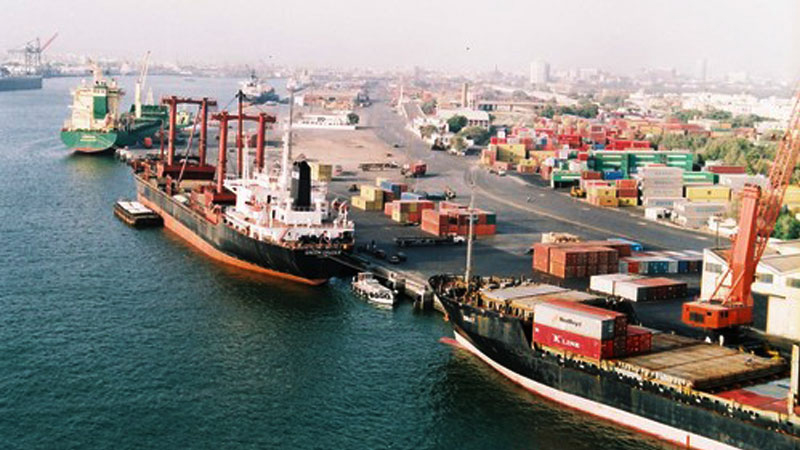 Berths were engaged by twelve ships during the last 24 hours, out of them, three ships, MSC Julie, Kirsten Oldendroff and Hoegh Gannet left the port on Tuesday morning, while five more ships, Lotus-A, Unity Spirit, FMT Gumuldur, Nord Ocean and Maersk Brooklyn are expected to sail on today in the afternoon. A cargo volume of 190,658 tonnes, comprising 147,686 tonnes imports cargo and 42,972 tonnes export cargo, including containerised cargo carried in 3,203 containers (1,123 TEUs imports and 2,080 TEUs export), was handled at the port. Six ships, Maersk Harford, MSC Busan, STI Bosphorus, Al-Salam-II, No. 9 SJ Gas and Al-Gharia carrying containers, soya bean oil, gas oil, chemicals and natural gas are expected to take berths at QICT, LCT, FOTCO, EVTL and EETL respectively on Tuesday, while another container ship, MSC Ishyka is due to arrive at Port Qasim on Wednesday.