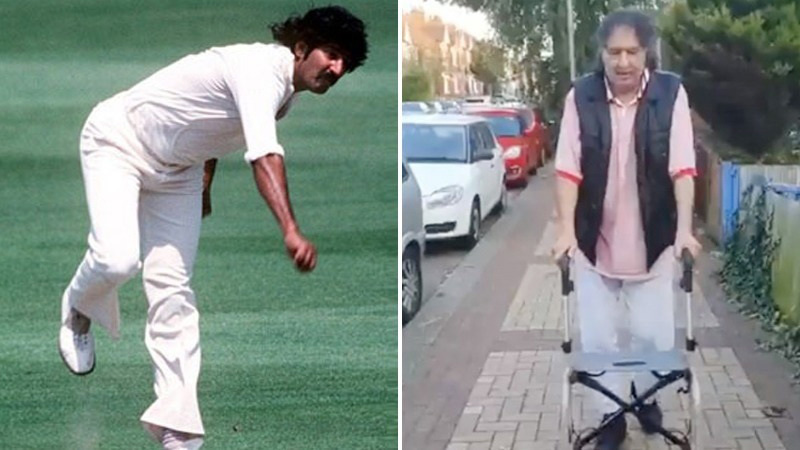 LAHORE: Former Test cricketer Sarfaraz Nawaz is suffering from a bone disease due to which he is having difficulty in walking for the past few months. In a 44-seconds video shared on Twitter, the London-based cricketer-turned-politician can be seen walking down the street using a walker. Nawaz has been living in Tooting, London, for many years with his family. In 2019, the former Test bowler was admitted to a hospital in London due to a heart problem. Inventor of the reverse swing that left many a batsmen clueless back in the day, Nawaz played 55 Tests for Pakistan and took 177 wickets. He also played 45 one-day internationals and picked 63 wickets besides taking 1,005 first-class wickets. Nawaz is best known for his nine for 86 against Australia at Melbourne in 1979 that included a spell of seven wickets for just one run off 33 balls. Following his retirement from the game, Nawaz became a commentator and later joined politics.