The Rolling Stones play ‘Connection’ for first time in 15 years 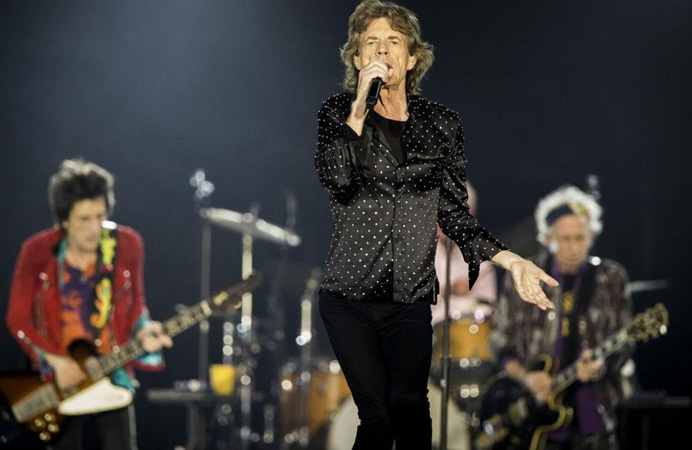 The Rolling Stones performed ‘Connection’ for the first time in 15 years in Nashville at the weekend.

Keith Richards was behind the gem from their 1967 album ‘Between the Buttons’, which the iconic rock group hadn’t played live since November 2006.

“Hey, blessings on us all. Gold rings on us. I’m going to start off with something I haven’t done in years, but this should be fun.”

The song is about their drug use and was released weeks before Mick, 78, and Keith, 77, were the target of a drugs bust after a wild party at the latter’s home.

The singer was accused of illegally possessing tablets containing amphetamine sulphate and methylamphetamine hydrochloride, while his bandmate was charged with allowing his house to be used for smoking cannabis.

Both pleaded not guilty and their charges were overturned.

Mick later said: “The Stones were good targets. We made good copy.”

Meanwhile, the bandleader recently admitted he has found it “very cathartic” to get back on stage following the death of Charlie Watts. The ‘Satisfaction’ hitmakers recently kicked off their North American ‘No Filter’ tour, but the shows have been missing the band’s late drummer, who passed away in August. And Mick insisted that while he’s “sad” to be on stage without Charlie, he and his bandmates have found that performing has been a “really good” way to release some of their bottled-up emotions.

He said: “We were supposed to have played last year. We couldn’t do it for obvious reasons, because of the pandemic. And I just thought, and I think everyone in the band thought that we should just carry on.

“After doing the first couple of shows, I think I feel really good about it. But I’m glad we’re doing it. I know Charlie wanted us to do it. I think the audience wants to do it. They seem to. And of course, it’s different, and of course, in some ways it’s sad and so on. But I mean, you just go out there and rock out and you feel better, and it’s very cathartic. So, I think it’s really good.”