* Qureshi calls upon international community to support Afghan people in their quest for peace, stability and development 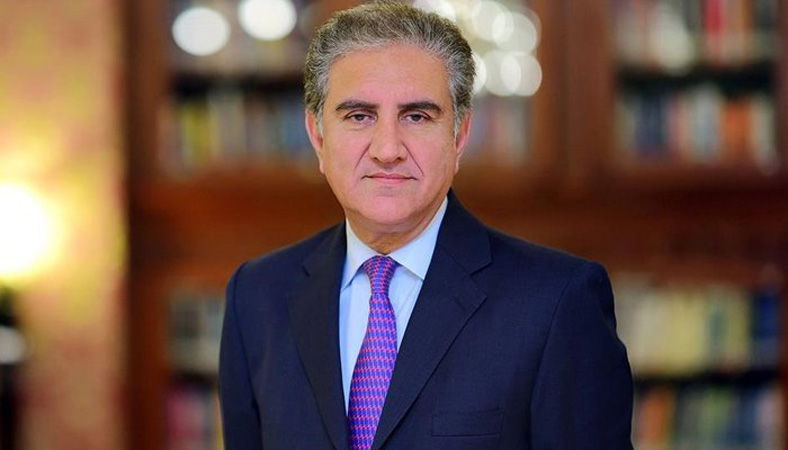 He was addressing the 6th Ministerial Meeting of the Conference on Interaction and Confidence Building Measures in Asia (CICA) through a video statement.

The meeting was hosted by the current CICA Chair, Kazakhstan, in Nur-Sultan on October 11 to 12, a press release issued here by the Ministry of Foreign Affairs said.

The foreign minister lauded CICA’s role in providing an invaluable platform for promoting peace, security and development in the Asian continent through dialogue and cooperation.

Noting the negative impact of four decades of war and conflict in Afghanistan, he called upon the international community to support the Afghan people in their quest for peace, stability and development at the critical juncture in their history.

The foreign minister underscored that sustainable peace in South Asia would remain elusive until and unless the core dispute of Jammu and Kashmir was resolved in accordance with the resolutions of the United Nations Security Council and the wishes of the Kashmiri people.

He also called for a just and lasting settlement of the Palestinian question through the two-state solution in accordance with the relevant United Nations resolutions, with the pre-1967 borders and Al-Quds Al-Sharif as the capital of a viable, independent and contiguous Palestinian State.

Meanwhile, Foreign Minister Makhdoom Shah Mahmood Qureshi Tuesday delivered a video statement at the High-Level Commemorative Meeting to mark the 60th Anniversary of the Non-Aligned Movement (NAM) being hosted in Belgrade, Serbia, on October 11-12, and shared Pakistan’s perspective on contemporary global issues such as the COVID-19 pandemic and climate change.

He underscored the significance of the essential role of NAM – an important international grouping dedicated to peace and development – to counter these challenges.

The foreign minister called for a comprehensive and cooperative strategy to “build forward better” by addressing the need for vaccine equity, adequate financing for development, clear investment strategies, and focus on eliminating the structural and systemic inequalities.

He expressed concern on the resurgence of great power tensions and a renewed global arms race.

In the face of existential threats faced by humanity, he urged for the renunciation of anachronistic Cold War concepts of strategic competition, military alliances, global or regional dominance, foreign intervention and occupation.

Noting NAM’s principled support for the right of self-determination of people living under foreign occupation, he highlighted the situation in Palestine and Indian Illegally Occupied Jammu and Kashmir (IIOJK) where this right was being denied.

He called upon NAM and the international community to secure a just, peaceful and expeditious resolution of these long-standing disputes, in accordance with the resolutions of the United Nations Security Council and the aspirations of the people.

The foreign minister reaffirmed Pakistan’s firm commitment to NAM and its founding principles, which are as relevant today as they were 60 years ago, embodying the movement’s collective aspiration for peace, equality, cooperation and well-being for all.

NAM was established in 1961 in Belgrade and is among the largest grouping of developing nations worldwide. Pakistan has been an active member of the forum, contributing extensively to its debates, positions and outcomes.